Why this Galapagos bird lost its ability to fly • Earth.com 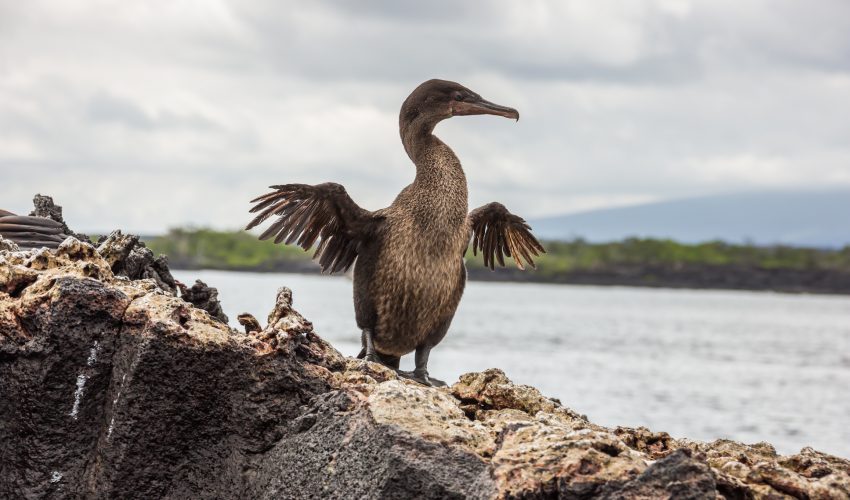 Why this Galapagos bird lost its ability to fly

A new study has identified the genes that likely caused a bird called the Galapagos cormorant to lose its ability to fly.

The genes are associated with bone disorders in humans, the authors said.

The evolution of loss of flight is one the most recurrent limb modifications encountered in nature, and a phenomenon Charles Darwin cited as an argument in favor of natural selection, the study said.

In order to gain a better understanding of the genetics underlying the loss of flight, researchers led by Alejandro Burga of the University of California Los Angeles, analyzed the genomes of the Galapagos cormorant, which has stunted wings and is the only flightless cormorant, Three other species of the bird were also analyzed.

In the Galapagos cormorant but not the other three species, the researchers found enrichment for genes that are associated with human developmental disorders, including those affecting limb development, and duplication of limb bones.

Many of these disorders are linked to abnormal production of cilia, the antennae of cells, the authors said.

The researchers then studied two of the genes, Ift122 and cux1, by editing them into mice and roundworms. In the mice, expression of cux1 disrupted the differentiation of chondrocytes, cells essential to bone growth, while in the roundworms, Ift122 expression impaired cilia function.

The authors propose that the genes resulting in bone and cilia deficits may have been positively selected in the Galapagos cormorant because shorter wings could be an advantage during diving by decreasing the buoyancy of the bird.