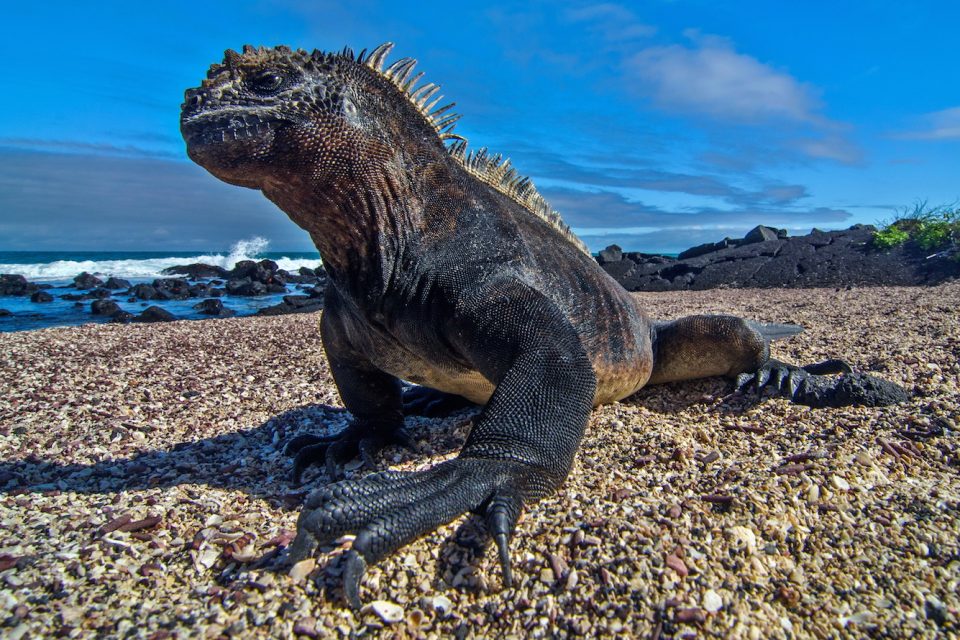 Striking images captured on the Galapagos Islands by photographer and naturalist Tui De Roy illustrate the impacts of global warming, as marine iguanas struggle to survive. Despite the resilient nature of the iguanas, the species is starving to death as their primary food source vanishes.

“Marine iguanas live hard lives: all they need is tropical sun to keep warm, black lava to bask on, cold seas full of seaweed to feed on; that’s it, no frills,” said De Roy.

“This makes them the perfect subject to illustrate the otherworldly qualities of the volcanic Galapagos Islands. But they are also quite vulnerable: when the cold ocean currents are replaced by warm waters, the seaweed dies, and so do the iguanas.”

The renowned photographer grew up on the islands and has observed the iguanas for many years. She has witnessed thousands of iguanas die every time there is a sustained period of warm weather, or an El Nino event. 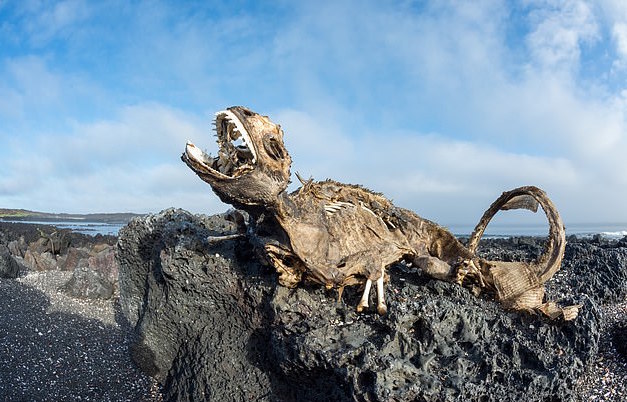 Many scientists predict that climate change will further intensify the El Niño effect, a period of unusually warm ocean surface temperatures in the tropical Pacific Ocean. Marine life are directly affected due to a lack of upwelling, which brings cold water to the surface. 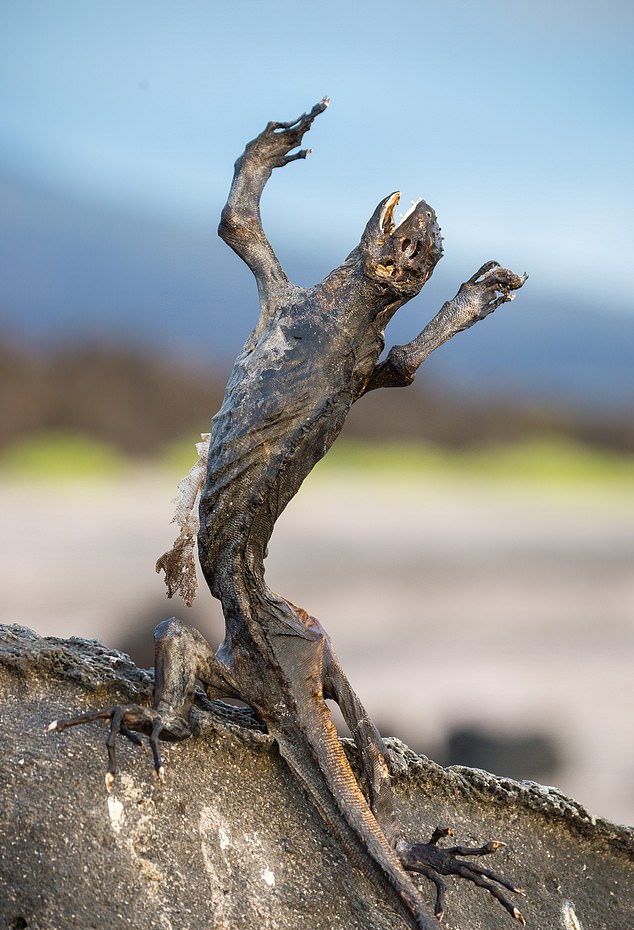 The vulnerable iguanas in the Galapagos have been responding to a lack of food by literally shrinking their skeleton.

“They have the ability to shrink their bodies – even their skeleton – by as much as 20 percent in overall length in order to resist starvation until the cold waters return,” explained De Roy. “But if the warm spell lasts more than 3-4 months, thousands of iguanas die.”