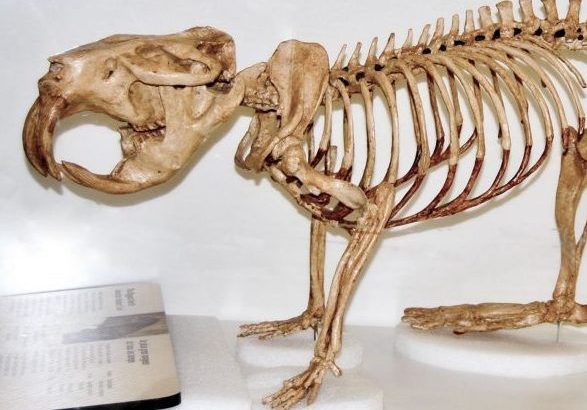 These behemoths of the Ice Age have long since gone extinct, and researchers are starting to piece together the reasons for their demise.

One example of an extinct Ice Age giant is the North American beaver, which weighed anywhere between 25 and 75 pounds. These beavers could have measured as tall as an adult human and were three times larger than today’s beavers.

In a new study published in the journal Scientific Reports, researchers from Western University offer a potential answer to why the giant beaver went extinct.

The theory coincides with the discovery that unlike its modern counterpart, the giant beaver didn’t build dams or eat wood. Instead, the busy forager thrived on aquatic plants in wetland habitats.

This restricted diet would have limited the beaver’s geographic range, and even though giant beavers and modern beavers lived side-by-side, only one group seemed to adapt to the changing environment at the end of the last Ice Age.

For the study, the researchers analyzed isotopes in the fossil bones and teeth of giant beavers to figure out what the animals ate.

“We did not find any evidence that the giant beaver cut down trees or ate trees for food,” said Tessa Plint, the lead author of the study.  “Giant beavers were not ‘ecosystem-engineers’ the way that the North American beaver is.”

At the end of the Ice Age, glacial retreat and warmer temperatures dried up wetland habitats that giant beavers relied on.

“The ability to build dams and lodges may have actually given beavers a competitive advantage over giant beavers because it could alter the landscape to create suitable wetland habitat where required. Giant beavers couldn’t do this,” said Fred Longstaffe, a co-author of the study.

“When you look at the fossil record from the last million years, you repeatedly see regional giant beaver populations disappear with the onset of more arid climatic conditions.”