Humans were most likely involved in the extinction of megafauna • Earth.com 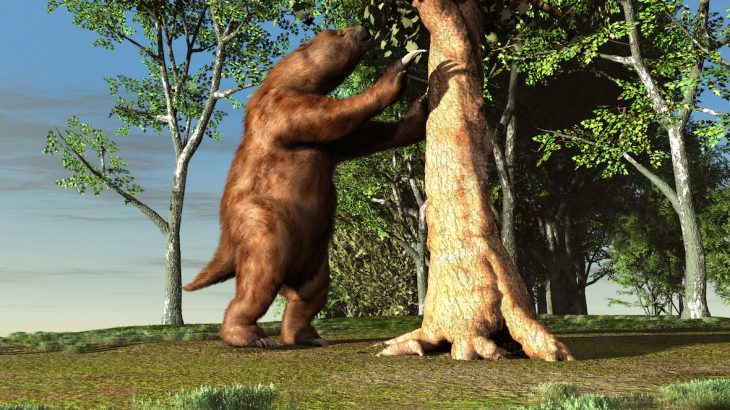 Humans were most likely involved in the extinction of megafauna

Using advanced technology to re-date giant ground sloth remains, scientists have found evidence suggesting that megamammals did not make it out of the Pleistocene era alive as previously thought.

Instead, human involvement most likely caused the extinction of megafauna — including said megamammals — prior to the Holocene era.

The evidence, released via the American Association for the Advancement of Science, shows that the giant sloth found in the Argentinean Pampas region was hunted and killed by humans about 10,570 years ago (plus or minus about 170 years).

Researcher Gustavo G. Politis and his colleagues used XAD purification chemistry, a process that isolates the amino acids in a bone’s collagen, thus resulting in a more accurate radiocarbon date, to re-date the remains.

In 2007, researchers originally dated the bones to be about 9,730 years old, placing it firmly in the Holocene period. However, Politis confirms the collagen used to date the bones in 2007 was contaminated, and therefore, researchers obtained a “younger” age.