Giant killer hornet discovered in China may belong to a new species • Earth.com 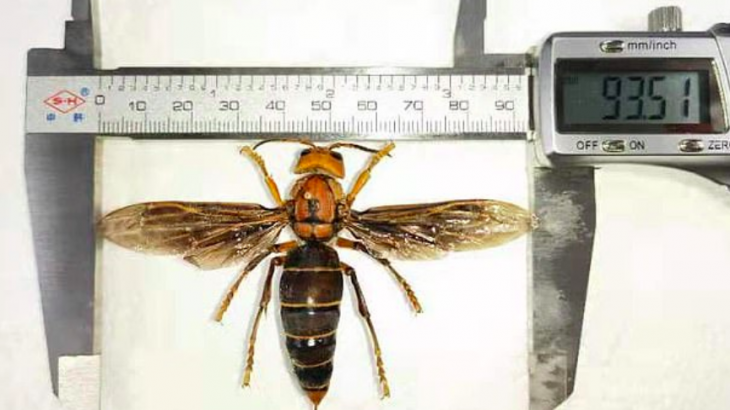 A potentially new species of killer hornet was recently discovered in China along the border of Myanmar. Measuring 2.4 inches long and with a wingspan of 3.5 inches, the killer hornet is one of the largest Asian giant hornets ever recorded.

The hornet may not even be the largest of its kind, as the researchers say they have yet to locate the queen of the hive which would likely be larger than the specimens they found.

Researchers from the Huaxi Insect Museum in Chengdu city led by Zhao Li, the curator of the Insect Museum of West China in Sichuan Province, were on an expedition to the city of Pu’er in the Yunnan province.

After a local showed Li a picture of a giant hive on a cell phone with a man who could barely wrap his arms around the diameter of the hive, Li was instantly intrigued. 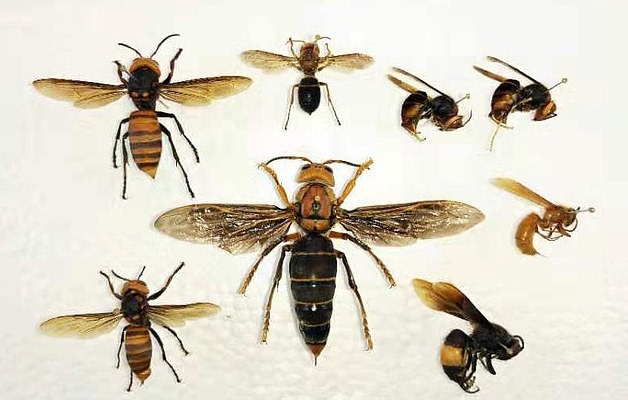 Soon, Li was able to see the hive up close when he spotted it in the market where the hive was being used to sell fresh honey.

Zhao Li followed the seller to the location where the hive was found at the border between China and Myanmar, and the researchers were able to collect hundreds of hornet samples for future analysis.

After examining the specimens, the researchers say that the hornet is unlike any other Asian giant hornet species prompting Li to conclude that the hornet belongs to a never before described subspecies of killer hornet.

The killer hornet gets its name because it preys on honeybees, sometimes stealthily waiting outside hives and snatching up worker bees by their wings.