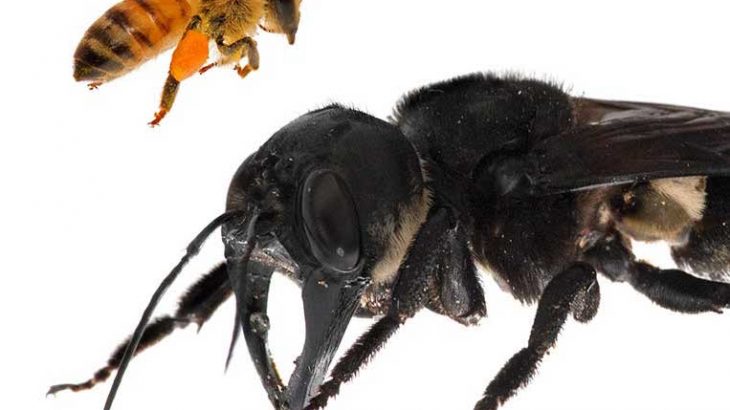 Wallace’s giant bee (Megachile pluto) is not your typical fuzzy little bumblebee or honey bee. It’s an inch and a half long behemoth of the insect world that hasn’t been spotted since 1981.

The bee is as big of your thumb with a tongue nearly as long as its body and huge mandibles but was presumed to have gone extinct. But in a rare, one-of-a-kind sighting, a team of intrepid researchers spotted and photographed a female Wallace’s living in a termite nest in Indonesia in January.

“It was absolutely breathtaking to see this ‘flying bulldog’ of an insect that we weren’t sure existed anymore — to have real proof right there in front of us in the wild,” said Clay Bolt, a natural history photographer who was part of the research team that found the bee. 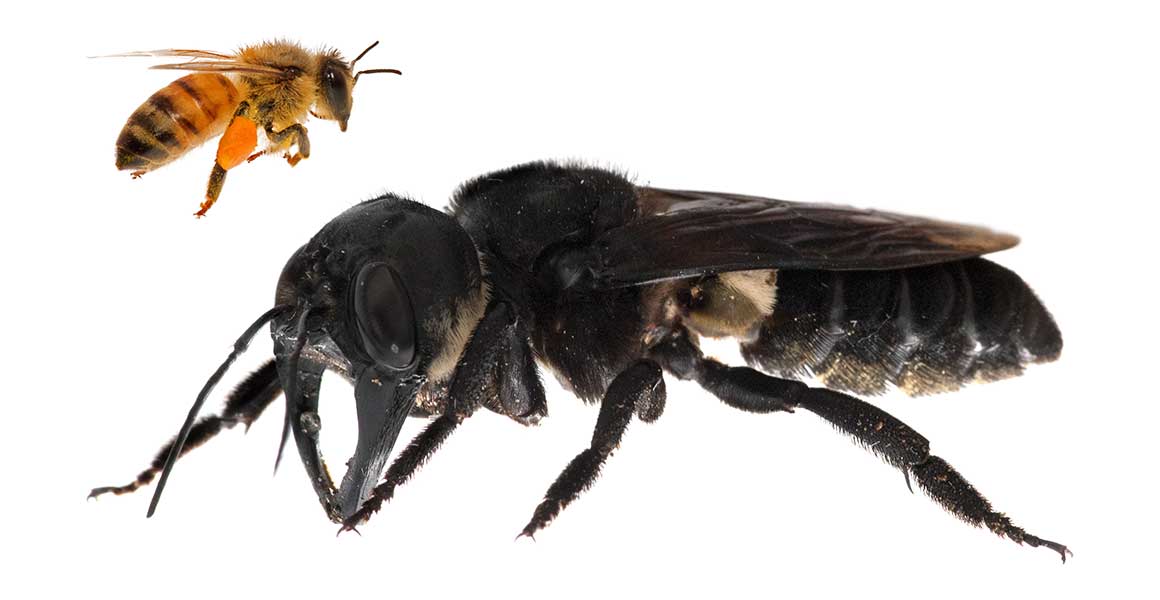 Bolt was the first to catch a glimpse of the bee after a local guide pointed Bolt and the rest of the research team in the direction of a termite nest in a tree.

The research team, which included entomologists and biologists, had been on the hunt for termite mounds in Indonesia’s North Moluccas Islands, the bee’s preferred habitat, and the discovery was made on the last day of a five-day expedition.

The trip was part of the Global Wildlife Conservation’s Search for Lost Species program.

Female Wallace’s use their mandibles to collect tree resin to line the tunnels of termite mounds which they then use for their own nest. The resin keeps termites out.

The bee was discovered by and named after Alfred Russel Wallace, a British naturalist in the 1850s.

Habitat declines and sporadic sightings do not bode well for the giant bee, and hopefully, this recent discovery will help raise awareness about the species and conservationists can work to ensure the Wallace’s giant bee is spotted another day.