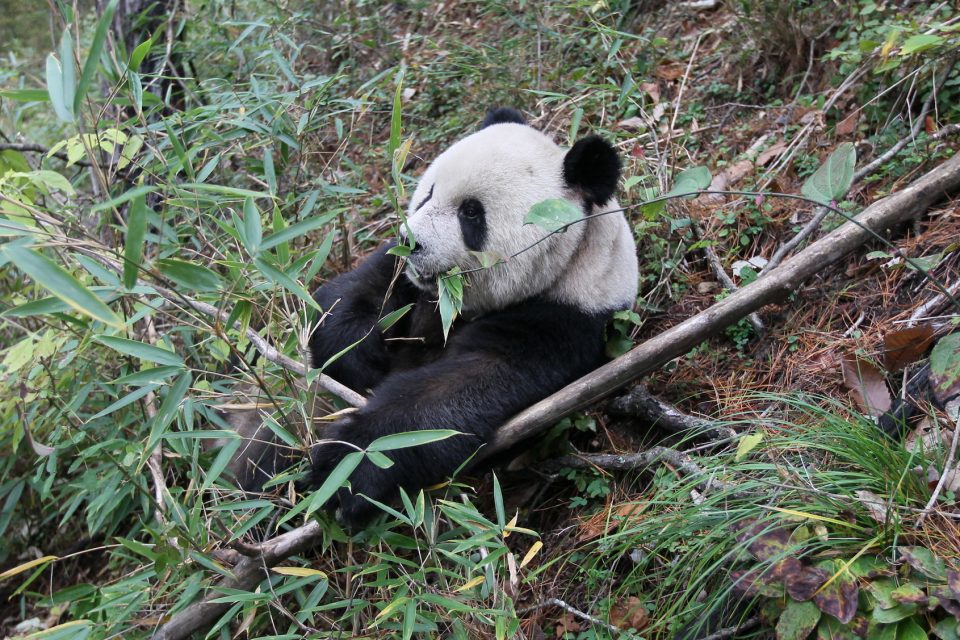 Giant pandas are the subject of quite a lot of human attention these days. As one of the most popular members of the endangered species list, they’re even featured as the logo for the World Wildlife Fund. In the wild, the pandas can only be found in the understory of certain mountains in southwestern China, where these bears survive on a strict bamboo-only diet. Their ability to live off this diet is due to their specialized teeth, skill, and muscle characteristic, along with a special pseudo-thumb that allows them to hold onto the bamboo as they eat.

However, a new study published in Current Biology has found that extinct, ancient panda species likely did not live off bamboo alone.

“It has been widely accepted that giant pandas have exclusively fed on bamboo for the last two million years,” says Fuwen Wei of Chinese Academy of Sciences. “Our results showed the opposite.”

Although the researchers can’t know exactly what the extinct pandas ate, they gathered clues by analyzing the composition of stable isotopes in animal teeth, hair, and bones. These stable isotopic composition analyses of carbon and nitrogen from both modern panda and other modern mammal bone samples indicated three clear groups: carnivores, herbivores, and giant pandas. The giant pandas were distinctly unique, given their diet of only bamboo.

The researchers then measured bone collagen isotopes of 12 ancient pandas collected from seven archaeological sites in China, and compared them to the patterns observed in modern giant pandas. Comparison of the data sets showed that ancient and modern pandas are isotopically distinct from one another, which points to differences in their diets.

Furthermore, the research team found variation among three ancient panda species, which suggests that the niche they occupied was roughly three times wider than that of modern pandas. In other words, ancient pandas probably had a varied diet similar to the other mammalian species that live in that same time and location.

In their study, the researchers suggest that pandas’ dietary habits evolved in two phases. The first phased occurred when they went from being meat eaters or omnivores to becoming only herbivores. The second phase would’ve been when the pandas specialized to only eating bamboo.

The goal now for this research team is to determine exactly when the pandas shifted to their present-day diet. In this endeavor, they plan on collecting and studying more panda samples from varying historical periods covering the last 5,000 years.