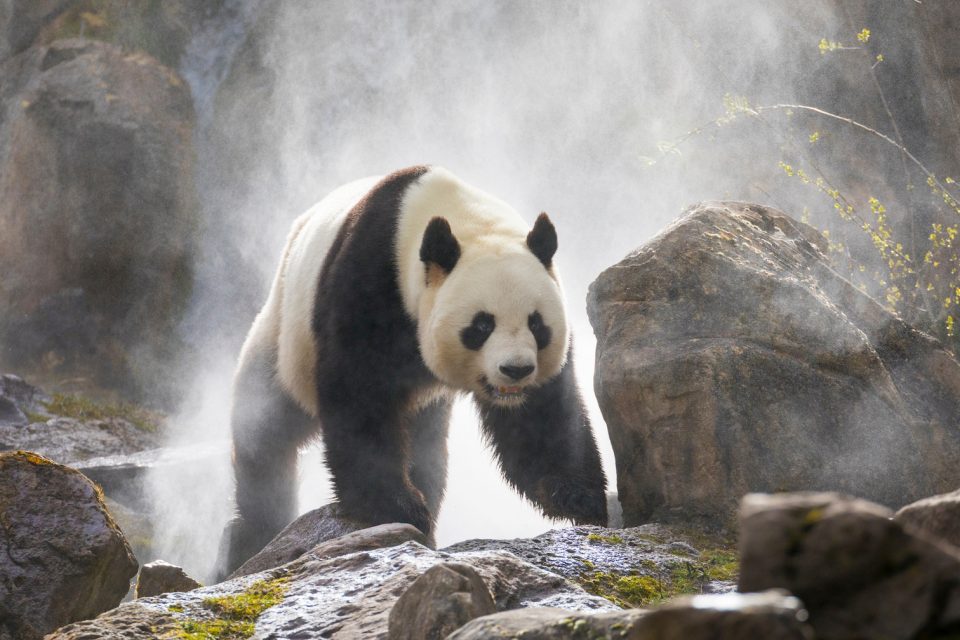 Researchers at the San Diego Zoo Institute for Conservation set out to investigate various characteristics of giant panda bleats, including sex differences and how far the calls could travel across a dense bamboo forest. The experts found that signals contained in the panda bleats revealed important information about the sex and identity of the callers.

According to the researchers, the bleats are used to recognize potential mates and to avoid dangerous predators.

“Our findings indicate that vocal recognition and the ability to vocally signal individual identity may only attain importance when individuals are within 65 feet (20 meters) of one another,” wrote the researchers.

“At these distances, the ability for male giant pandas to distinguish between the bleats of unfamiliar and familiar same-sexed rivals could facilitate the avoidance of direct, and potentially aggressive, encounters.”

“Females would have the opportunity to familiarize themselves with the vocalizations of certain males that can outcompete other rivals and maintain close proximity to them in the lead up to oestrus (fertility).”

For the sound transmission test, the experts played back 100 pre-recorded bleats from 10 giant pandas in a mixed bamboo plantation at the San Diego wild animal park. The sounds had been recorded at various distances from the playback speaker, which enabled the team to analyze how far the panda calls could travel before the acoustic structure started to degrade.

The findings of the research not only provide new insight into how far giant pandas can potentially signal important information, but may also be used to help conservation biologists estimate population numbers using non-invasive bioacoustic techniques.