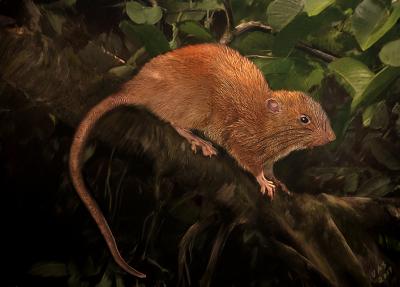 A new giant rat species has been discovered in the Solomon Islands hanging out in trees and cracking open coconuts with its teeth.

The new species, named Uromys vika, was discovered by Tyrone Lavery, a mammalogist and post-doctoral researcher at The Field Museum in Chicago.

The vika rat, as it was called by the locals on Vangunu Island in the Solomons, hadn’t been officially discovered by scientists until very recently.

The Solomon Islands are a popular destination for researchers and biologists due to the unique biodiversity, and species that live on the Islands can’t be found anywhere else.

“It’s the first rat discovered in 80 years from Solomons, and it’s not like people haven’t been trying — it was just so hard to find.” said Lavery, who is the lead author of the discovery published in the Journal of Mammalogy.

Lavery was starting to lose hope that he would find the elusive vika rat, and deforestation on the Solomon Islands certainly did not help the search.

But finally, Lavery spotted the huge rat crawling out of a fallen tree. After further examinations and comparisons with known species of rats, the team confirmed it was a wholly different species.

“There are only eight known species of native rat from the Solomon Islands, and looking at the features on its skull, I could rule out a bunch of species right away,” said Lavery.

The rat was named Uromys vika in honor of its local’s name and was immediately listed as critically endangered due to logging operations causing severe habitat degradation.

“It’s getting to the stage for this rat that, if we hadn’t discovered it now, it might never have gotten discovered. The area where it was found is one of the only places left with forest that hasn’t been logged,” said Lavery.

The vika rat is an animal of important cultural significance to the Solomon Islands, and Lavery’s official discovery can help preserve that as well as help protect the vika’s natural habitat and improve conservation practices.