Giant waterlily from Bolivia has the largest leaves on Earth • Earth.com 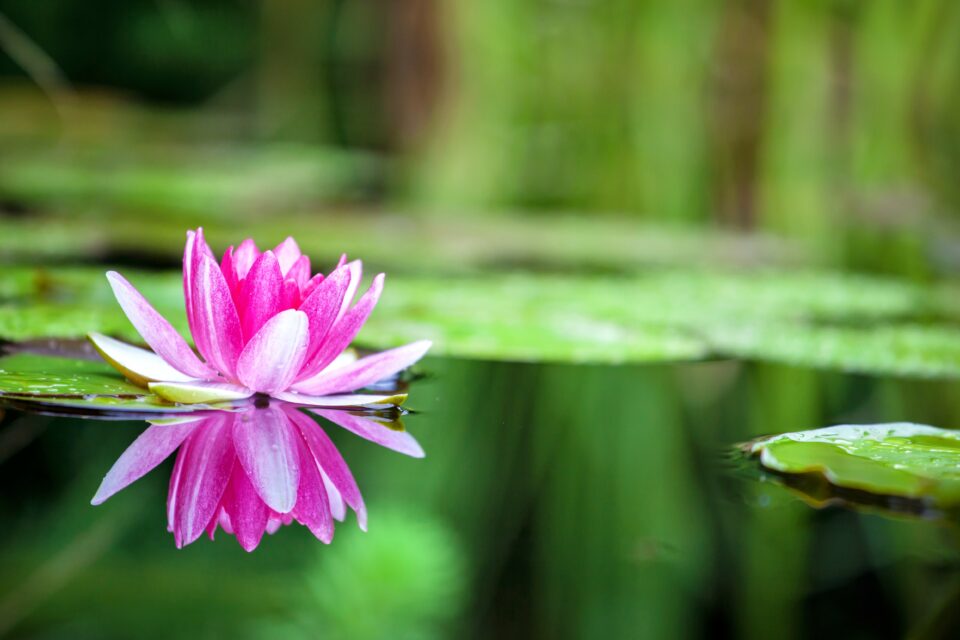 In this time of unprecedented biodiversity losses, it is a refreshing change for scientists to identify and name a brand new species. And the fact that this new species also has the largest leaves in the botanical world and has been hiding right under our noses, makes the discovery all the more exciting.

The new plant is a species of giant water lily that is endemic to Bolivia in South America, and has been named Victoria boliviana after the country of its origin. There are two other species in the same genus, Victoria amazonica and V. cruziana, both named after Queen Victoria. All three of the species have exceptionally large leaves that float on the surface of fresh water bodies such as lakes.

In 2016, the Santa Cruz de la Sierra Botanic Garden and La Rinconada Gardens, both in Bolivia, donated a collection of giant water lily seeds, thought to be from a third species, to the Royal Botanic Gardens in Kew, in south-west London. These were germinated and grown at Kew Gardens because the other two species were already present there, so the suspected new species could be grown side-by-side with the other two species for comparison. Scientists also studied the DNA of the three plants to establish whether there were genetic differences between them.

Scientists at Kew Gardens had suspected for decades there could be a third species of giant water lily and worked with researchers in its native home in Bolivia to see if their hypothesis was correct. It is not easy to collect specimens of these plants in the wild, due to their enormous leaves.

The results of the morphology and DNA analysis of the plant are published in the journal Frontiers in Plant Science. The authors describe the new species based on differences in morphology and genetics. They say that the new species is most closely related to Victoria cruziana, and that the two species diverged about a million years ago.

The new species occurs naturally in the aquatic ecosystems of Llanos de Moxos in Bolivia. It has leaves that grow up to three meters in diameter in the wild, making it the largest giant waterl ily on Earth. The largest plant of the species is currently kept by La Rinconada Gardens in Bolivia, and this specimen has leaves that are 3.2 metres in diameter. The flowers of the new species turn from white to pink as they mature, and have spiny petioles, the stalks that attach the leaves to the stems.

Strangely enough, specimens of this large aquatic plant have been sitting in the herbarium at Kew for 177 years, and in the national herbarium of Bolivia for 34 years, but it was commonly thought that they belonged to one of the other two species.

This is the first discovery of its type in more than a century. Kew’s scientific and botanical research horticulturist Carlos Magdalena said the discovery is the biggest achievement of his 20-year career at Kew.

“Ever since I first saw a picture of this plant online in 2006, I was convinced it was a new species. Horticulturists know their plants closely; we are often able to recognize them at a glimpse,” said Magdalena.

“It was clear to me that this plant did not quite fit the description of either of the known Victoria species and therefore it had to be a third. For almost two decades, I have been scrutinizing every single picture of wild Victoria waterlilies over the internet, a luxury that a botanist from the 18th, 19th and most of the 20th century didn’t have.”

The specimen from Bolivia used to describe the new species was collected in 1988 by Dr. Stephan G Beck, professor emeritus at the National Herbarium of Bolivia, who thought it was Victoria cruziana.

“When the National Herbarium of Bolivia was born in 1984, there were very few scientific collections for Bolivia and many places to study, but I focused my interest on an area in the Llanos de Moxos. For several years I had the opportunity to collect aquatic plants in flooded areas of the Yacuma River, and obviously longed to see the Reina Victoria which the locals told me about.”

“However, it took me years to find this tremendous plant. Finally, in March 1988 after sailing over two hours up the Yacuma River looking for tributaries with [lilies that had] several huge leaves and some flowers, I collected and preserved them in the National Herbarium of Bolivia, which turned out to be a specimen of Victoria boliviana, now the type specimen. It was a great find and one I will always remember,” said Dr. Beck.

Specimens of the brand new giant waterlily species can now be seen in the water lily house and at the Princess of Wales conservatory at Kew Gardens. Kew is the only place in the world where you can see all three of the described species of Victoria growing together, side by side. The water lily house at Kew Gardens was built especially to house the giant plants discovered by explorers in the Amazon rainforest, and was first opened to the public in 1852.

Crowds of visitors flocked to see the giant waterlily, Victoria amazonica, and were amazed at its huge, circular leaves that were strong enough to support the weight of a child. Back in its native locality though, the plant was well known to the Indigenous Amazonian people, who used it for food and medicine.

Natalia Przelomska is a scientist at Kew who worked on the project. “In the face of a fast rate of biodiversity loss, describing new species is a task of fundamental importance; we hope that our multidisciplinary framework might inspire other researchers who are seeking approaches to rapidly and robustly identify new species,” said Przelomska.