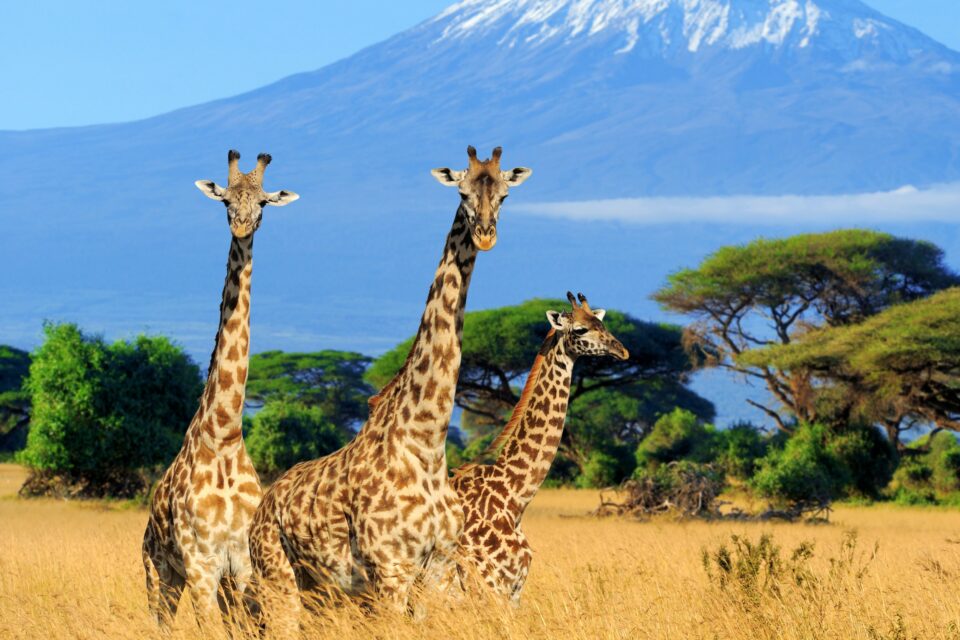 A new study published in the journal Ethology has found that giraffe males usually engage in fights with males of similar stature, showing a surprising example of fair play that is rarely seen in the animal kingdom. Scientists believe that such a behavior functions in providing mature males a means of testing their competitive abilities without escalating to dangerous, full-scale fights.

In a longitudinal study, experts from the Universities of Manchester and Cambridge investigated the sparring behavior of northern giraffes (Giraffa camelopardalis) in the Mogalakwena River Reserve in South Africa between November 2016 and May 2017. They discovered that young giraffe males display a high degree of fairness in their fights with other members of their species.

Besides engaging in fights with individuals of similar size, male giraffes are also respecting the “laterality” of their opponent (their left- or right-orientation). Thus, if one giraffe was right-oriented and the other left, they would stand head-to-head so they could each attack each other from their preferred sides. If both were left-oriented or both right-oriented, they would fight head-to-tail, in a similar display of fairness.

“I don’t know if it’s a mutual agreement – respect my side and I’ll respect yours. Never did I see a male try and cheat,” said study lead author Jessica Granweiler from the School of Earth and Environmental Sciences at the University of Manchester.

Additionally, Granweiler and her colleagues found that mature giraffe bulls often played the role of ‘referees’ during fights between young adults, quickly intervening in case violence escalated, with the most dominant bull being responsible for the majority of the interventions.

“These results support the suggestion that sparring functions principally to provide maturing males a means of testing their competitive ability without escalating to full-scale fights,” explained the study authors.

Researchers also found that sparring displayed a seasonal peak coinciding with the onset of the wet season and possibly reflecting the increased aggregation of males at that time.

“A more nuanced understanding of how social and environmental factors shape interactions among individuals, such as sparring, will improve our understanding and management of this charismatic animal,” concluded the study authors.