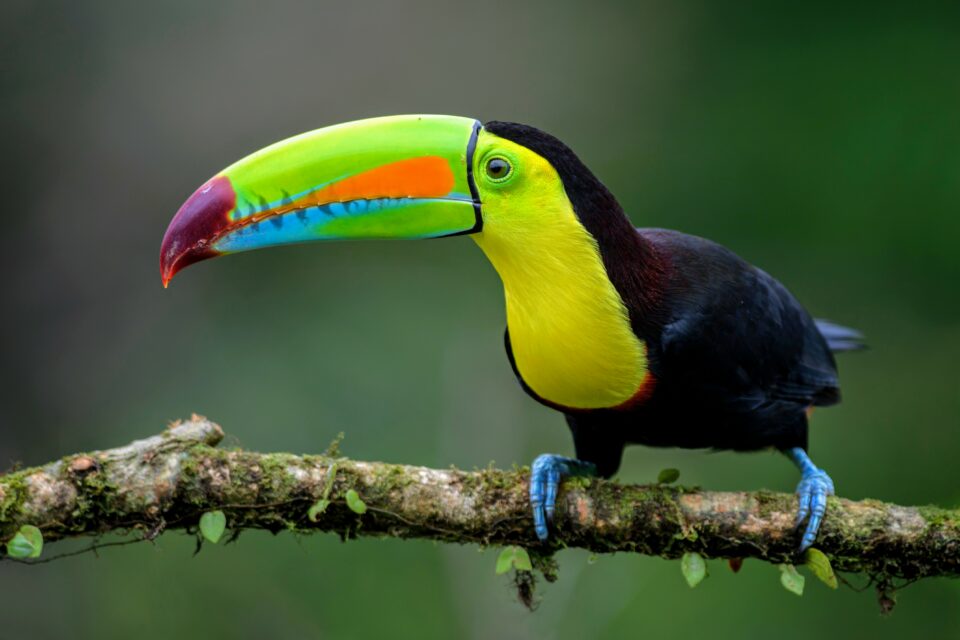 Many different types of endothermic (“warm-blooded”) animals use their appendages, such as legs, ears or tails, to help regulate their body temperature. This phenomenon is governed by Allen’s Rule, which states that animals in warm environments will have larger appendages to enable them to dissipate heat more effectively.

A recent review, published by bird researcher Sara Ryding of Deakin University in Australia, documents changes in the sizes of thermoregulatory appendages in many animal species. The study finds evidence that temperature can be a strong predictor of morphological change in a diverse array of animal species and over a wide geographical range.

“A lot of the time when climate change is discussed in mainstream media, people are asking ‘can humans overcome this?’, or ‘what technology can solve this?’ It’s high time we recognized that animals also have to adapt to these changes, but this is occurring over a far shorter timescale than would have occurred through most of evolutionary time,” says Ryding. “The climate change that we have created is heaping a whole lot of pressure on them, and while some species will adapt, others will not.”

It is known that a bird’s beak is well supplied with blood vessels and that heat is lost through this appendage. In addition, the unfeathered legs of birds and sparsely furred legs or tails of mammals are often used to dissipate heat and keep body temperature constant. Large ears that are typical of rabbits and elephants have also been associated with a heat exchange function due to their sizeable surface area. As the climate continues to warm, these appendages will assume an even more important adaptive role.

Ryder and her colleagues found evidence in the published literature of increasing appendage size in response to climate change. This was particularly noticeable in several species of Australian parrots that have shown an increase in bill size of between 4 and 10 percent since 1871. This increase correlates with the summer temperature each year. Other bird species that have shown increases in bill length in response to climate change include Galapagos finches, great tits and red knots.

Mammals such as wood mice have shown increases in ear size, while tail and leg length have increased in masked shrews. Great roundleaf bats have shown an increase in wing size in response to climate changes. In addition, changes in temperature conditions in experimental laboratories have resulted in longer tails in mice, longer tails and bigger ears in pigs, and longer bills in Japanese quails.

“The increases in appendage size we see so far are quite small – less than 10 percent – so the changes are unlikely to be immediately noticeable,” says Ryding. “However, prominent appendages such as ears are predicted to increase – so we might end up with a live-action Dumbo in the not-so-distant future.”

In the long run, changes in the size of appendages such as legs, ears and tails will lead to changes in the overall proportions of animals in warmer climates. The authors term this morphological change “shapeshifting,” and see it as a poorly recognized but important response to climatic warming.

“Shapeshifting does not mean that animals are coping with climate change and that all is ‘fine,’ says Ryding. “It just means they are evolving to survive it – but we’re not sure what the other ecological consequences of these changes are, or indeed that all species are capable of changing and surviving.”