Glaciers in Antarctica are speeding towards the ocean • Earth.com 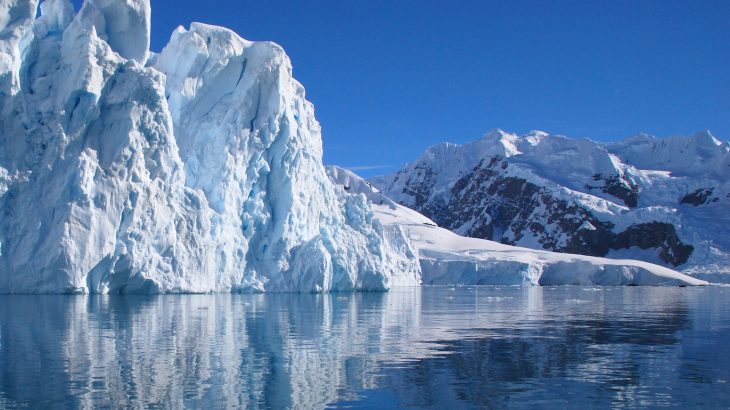 Glaciers in Antarctica are speeding towards the ocean

Glaciers in the Antarctic are on a slippery slope, quite literally, as a new study has found that surface meltwater is rapidly accelerating the flow of glaciers toward the sea.

Surface meltwater is widespread across the Antarctic Ice Sheet and melting in the South Pole is expected to double by 2050.

For the first time, researchers from the University of Sheffield have linked surface meltwater to ice flow rates in the Antarctic.

“The direct link between surface melting and glacier flow rates has been well documented in other regions of the world, but this is the first time we have seen this coupling anywhere in Antarctica,” said Pete Tuckett, an author of the study who first discovered the relationship.

Glaciers move or flow like massive rivers of ice, propelled by gravity and lubricated by liquid water covering the ground as they slide into the sea.

Meltwater at the surface trickling down through the ice is making the ground at the base of the glacier even more slippery, which in turn is speeding up the flow of ice.

In some cases, ice flows are accelerating 100 percent faster than average, which could have drastic ramifications for future sea-level rise.

The researchers tested the effects of surface meltwater on the flow of five Antarctic Peninsula outlet glaciers using satellite imagery and climate modeling.

Spikes in snowmelt at the surface correlated with acceleration in the glacier movements.

As temperatures continue to rise, glacier flows will speed up, and this dynamic needs to be incorporated into models that predict sea-level rise.

“Our research shows for the first time that surface meltwater is getting beneath glaciers in the Antarctic Peninsula – causing short bursts of sliding towards the sea 100 per cent faster than normal,” said Dr. Jeremy Ely, an author of the study. “It’s crucial that this factor is considered in models of future sea level rise, so we can prepare for a world with fewer and smaller glaciers.”