Glaciers will disappear from nearly half of all World Heritage Sites • Earth.com 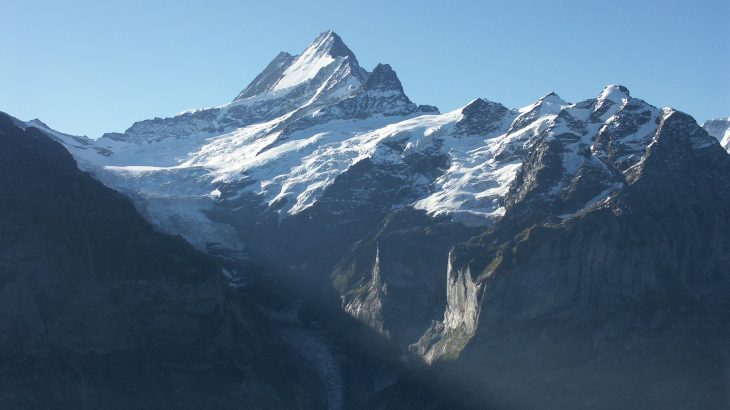 Glaciers will disappear from nearly half of all World Heritage Sites

Many of the world’s most iconic glaciers are located in World Heritage Sites like Los Glaciares National Park in Argentina, which is home to some of the largest glaciers on Earth.

But these breathtaking sites are now at risk of losing their glaciers, according to a new study published by the American Geophysical Union (AGU).

Researchers from the International Union for Conservation of Nature (IUCN) co-authored the work which projects that nearly half of World Heritage Sites will lose their glaciers if CO2 emissions continue to increase.

As atmospheric greenhouse gas levels increase and global temperatures increase, sea ice extent and ice sheet loss are not the only icy surfaces at risk.

The study published in the AGU’s journal Earth’s Future is the first of its kind to examine how climate change will impact World Heritage Site glaciers.

Glaciers play a central role in the global ecosystem. Not only will glacial retreat and loss reshape landscapes and impact species’ habitats, but melting glaciers will also spell disaster for rising sea levels and coastal communities worldwide.

“Losing these iconic glaciers would be a tragedy and have major consequences for the availability of water resources, sea level rise and weather patterns,” said Peter Shadie, Director of the IUCN’s World Heritage Programme. “This unprecedented decline could also jeopardize the listing of the sites in question on the World Heritage list. States must reinforce their commitments to combat climate change and step up efforts to preserve these glaciers for future generations.”

The researchers collected data from a global glacier inventory and used computer modeling to analyze World Heritage Glaciers and project changes in glacier mass under different emissions scenarios in the coming years.

Overall, World Heritage glacier sites could lose 33 to 66 percent of ice volume by 2100.

Los Glaciares National Park is projected to lose 60 percent of its ice volume by 2100, and several major national parks in the US and Canada could lose over 70 percent of glacier ice regardless of whether CO2 emissions are reduced.

In New Zealand, Te Wahipounamu could lose 25 to 80 percent of current ice volume by the end of the century.

World Heritage Sites are home to some of the world’s most valuable landmarks, and climate change poses a major threat to these culturally and historically significant areas.

“To preserve these iconic glaciers found in World Heritage sites, we urgently need to see significant cuts in greenhouse gas emissions,” said Jean-Baptiste Bosson, lead author of the study. “This is the only way of avoiding long-lasting and irreversible glacier decline and the related major natural, social, economic and migratory cascading consequences.”