The Alps could lose 50 percent of glacier volume by 2050 • Earth.com 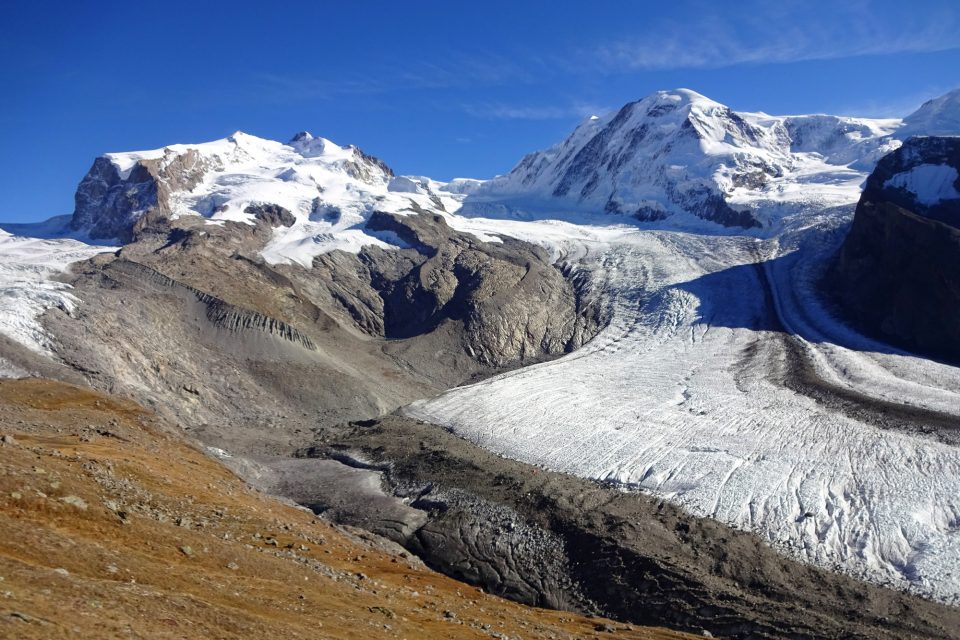 The Alps could lose 50 percent of glacier volume by 2050

A new study from the European Geosciences Union is predicting that around half of the ice glacier volume in the Alps will be lost between the years 2017 and 2050. The analysis has produced the most detailed projections of all glaciers across the Alps to date.

Study lead author Harry Zekollari a researcher at ETH Zurich and the Swiss Federal Institute for Forest, Snow, and Landscape Research. He said that the future evolution of glaciers will strongly depend on how the climate will evolve. “In case of a more limited warming, a far more substantial part of the glaciers could be saved,” explained Zekollari.

On the other hand, the researchers found that a large portion of the ice may be lost regardless of how much greenhouse gas emissions are reduced.

To investigate the fate of Alpine glaciers in a warming climate, the team used new computer models and observational data to study how the ice would change under different scenarios. The experts used 2017 as their “present day” emissions reference.

Under a scenario with limited warming, greenhouse gas emissions would peak in the next few years and then decline rapidly, limiting additional global warming to 2°C by the end of the century. The study showed that in this case, Alpine glaciers would be reduced to just over one-third of their present-day volume by 2100.

The high-emissions scenario would take place if emissions continue to rise rapidly over the next few decades.

“In this pessimistic case, the Alps will be mostly ice free by 2100, with only isolated ice patches remaining at high elevation, representing 5% or less of the present-day ice volume,” said study co-author Matthias Huss.

“The Alps would lose about 50% of their present glacier volume by 2050 in all scenarios,” explained Zekollari. “A reason why volume loss is mostly independent of emissions until 2050 is that increases in mean global temperature with increasing greenhouse gases only become more pronounced in the second half of the century.”

“Another reason is that glaciers at present have ‘too much’ ice: their volume, especially at lower elevations, still reflects the colder climate of the past because glaciers are slow at responding to changing climate conditions. Even if we manage to stop the climate from warming any further, keeping it at the level of the past 10 years, glaciers would still lose about 40% of their present-day volume by 2050 because of this ‘glacier response time.’”