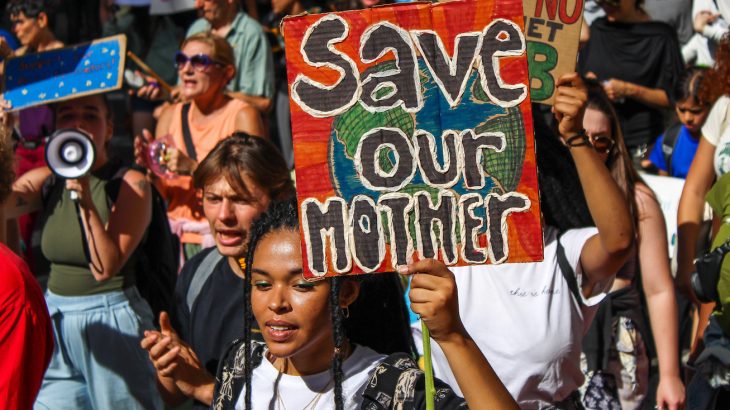 On Friday, millions of people all over the globe took part in the international climate strike to call on leaders to take urgent action against climate change.

The demonstrations were inspired by 16-year-old Swedish activist Greta Thunberg and took place in an estimated 185 countries and included over 4 million people, according to The Guardian.

Anti-fossil fuel group 350.org reported that over 300,000 turned out in New York City alone, although precise figures have not yet been released.

Thunberg spoke to tens of thousands of people at the New York demonstrations, where the crowd could be heard chanting “Save our planet!”

“Right now we are the ones who are making a difference. If no one else will take action, then we will,” Thunberg said.

“If you belong to that small group of people who feel threatened by us, then we have some very bad news for you,” she concluded. “Because this is only the beginning. Change is coming whether they like it or not.”

Meanwhile, across the globe, protesters took to the streets in the Pacific islands, which are under extreme threat from rising sea levels. Demonstrations were also held across Europe, Australia, Asia, Africa, and the Middle East.

US President Donald Trump is set to snub the climate talks for a meeting on religious freedom. Trump has long denied the existence of climate change, even though recent polls have shown that most Americans would like to see immediate action taken.