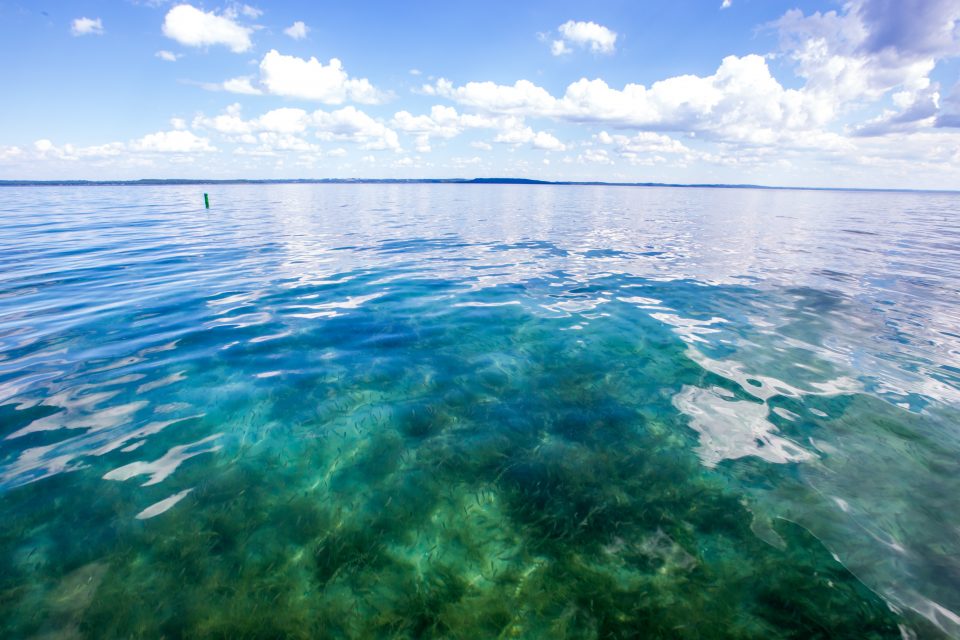 Rising temperatures in Lake Michigan may help the invasive Asian carp gain a stronghold, according to a new study led by the University of Michigan.

The researchers found that warming waters reduce the ability of local quagga mussels to serve as an ecological barrier against the spread of the carp.

Trillions of freshwater mussels known as quagga mussels cover the bottom of Lake Michigan. Some scientists suggest that the tiny mussels could help prevent the establishment of Asian carp by competing with them for algae and other types of plankton.

The new study all but shuts down this theory, even in the best case scenario. The researchers determined that the ability of quagga mussels to help eliminate Asian carp is already limited, and the combination of global warming and nutrient pollution will further limit the potential for mussels to stop the spread of the fish.

As Asian carp continue to expand their range, concerns are growing that the fish will access the Great Lakes through the Chicago Area Waterway System. The carp could outcompete plankton-eating fish across the Great Lakes, including the larvae of most species, potentially devastating the region’s $7 billion fishing industry.

Study lead author Peter Alsip is an expert at the Cooperative Institute for Great Lakes Research.

“Our new research demonstrates that the presence of an already entrenched food competitor – the mussels – has a limited capacity to act as a barrier to a bighead and silver carp invasion, and that climate warming and nutrient enrichment could further diminish the mussels’ ability to affect Asian carp habitat,” explained Alsip.

The investigation was focused on how climate change, nutrient pollution, and the arrival of quagga mussels have affected Lake Michigan’s vulnerability to bighead and silver carp. The invasive fish are currently present in adjacent watersheds, but not in the lake itself.

Computer simulations showed that the levels of climate warming that are predicted for the coming decades will improve Asian carp habitat in two significant ways.

First, the fish will feed more actively in warmer waters during the spring. In addition, the summer stratification period – when lake waters separate into three distinct layers – will persist for longer periods of time. As a result, Asian carp will spend less time competing with mussels for food in the top waters.

Prolonged summer stratification would not only block the mussels’ access to food in surface waters, but would also open up previously unsuitable offshore habitats for Asian carp. The simulations revealed that warmer waters will double the volume of suitable habitat for bighead carp in the spring and increase the volume of suitable springtime habitat for silver carp by nearly one-third.

“One of our key findings is that spring is the most affected season, and that’s when most of the fish species in Lake Michigan have their plankton-eating larval stages,” said study co-author Hongyan Zhang. “Thus, climate changes and nutrient levels that favor Asian carp establishment may also enhance the negative effects of Asian carp on other fish species.”

Overall, the potential for high phosphorus levels will have the most influence on Asian carp habitat suitability across Lake Michigan. The modeling study showed that increased phosphorus concentrations resulted in the longest growing seasons for Asian carp and the largest volume of suitable habitat.

Any future increases in phosphorus levels throughout Lake Michigan would only create a more hospitable environment for Asian carp, explained the study authors.