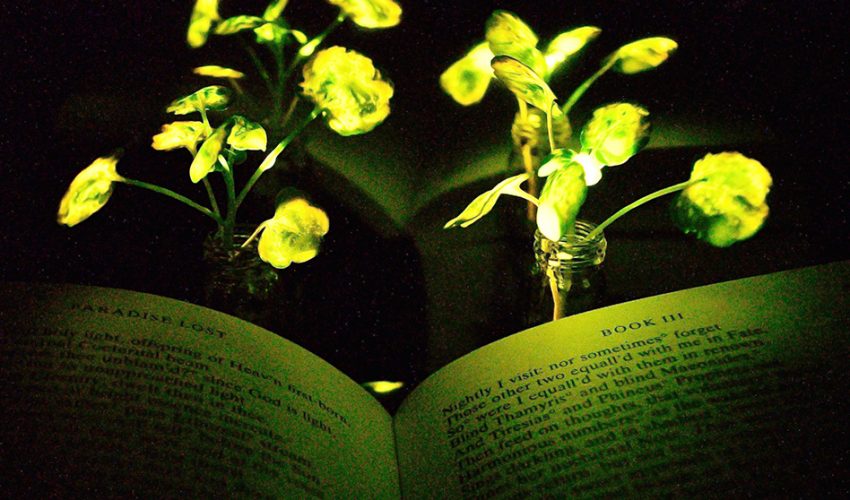 Glow in the dark trees could soon replace street lamps

Bioluminescence is the chemical reaction that occurs in fireflies and a variety of marine organisms that causes them to glow in the dark. It is most commonly found in organisms living in ocean ecosystems, especially at lower depths.

But soon, bioluminescent trees may illuminate city streets thanks to a recent breakthrough from researchers at the Massachusetts Institute of Technology.

New research resulted in watercress plants glowing almost bright enough to serve as a desk light for three and a half hours and is just the first step, according to the team of scientists.

To create bioluminescence in the watercress plants, the researchers injected nanoparticles composed of special enzymes that are necessary for producing the chemical reaction that causes the glowing effect.

The enzymes, luciferase and Co-enzyme A, were put in different nanoparticle carriers and injected into a watercress plant.

Luciferase, which acts on a molecule called luciferin, is the heart of all bioluminescence.

After carefully treating the plant with nanoparticles, the watercress was successfully bioluminescent. Thought it was not quite bright enough to serve as a desk lamp, the researchers could read partial book passages with it.

At first, the plant’s glow time was around 45 minutes, but this was soon extended to almost four hours.

If the researchers continue their efforts, bioluminescent street lamps and indoor lighting may very soon be a reality and would be an eco-friendly and energy efficient alternative to electricity.

“The light is ultimately powered by the energy metabolism of the plant itself,” said Michael Strano, the senior author of the study. “Our work very seriously opens up the doorway to streetlamps that are nothing but treated trees, and to indirect lighting around homes.”