Golden snub-nosed monkeys nurse the young of other females • Earth.com 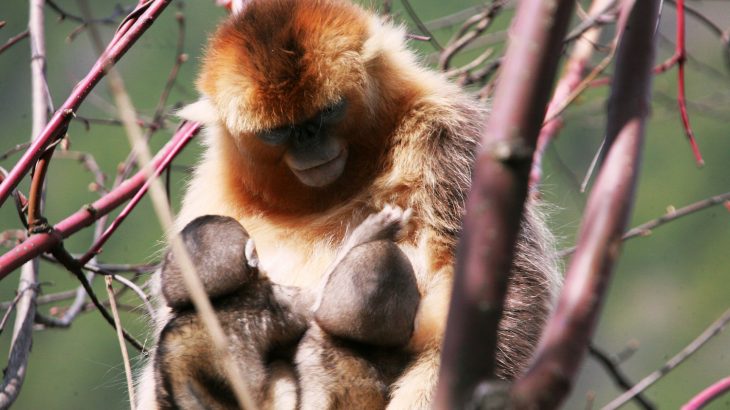 Golden snub-nosed monkeys nurse the young of other females

Researchers observed golden snub-nosed monkey infants being nursed by a monkey other than its mother during a five-year field study.

While this behavior, called allomaternal nursing, is not unheard of among mammals in the animal kingdom including humans, this is the first time the behavior has been reported among Old World monkeys.

Infants were nursed by other group members most commonly during the first three months of their lives, and females related to the infant like a grandmother or aunt were more likely to share nursing duty.

It was a reciprocated behavior, and the researches noticed that 90 percent of the allomaternal mothers nursed another mother’s infant if that female had previously nursed their own infants.

The research was backed by the American Association for the Advancement of Science and published in the journal Science Advances, and the study helps provide insight into the role of allomaternal nursing in human evolution.

It’s an energy-consuming behavior that takes a toll on non-mothers but is beneficial both to mothers and their infants, as the researchers noticed that infants who were allonursed had a higher chance of survival.

Four out of the six infants that were only nursed by their mothers died.

The researchers theorize that allomaternal nursing evolved as a way to ensure infant survival among animals that have strong family-based support networks.