Gorillas have the natural instinct to clean their food • Earth.com 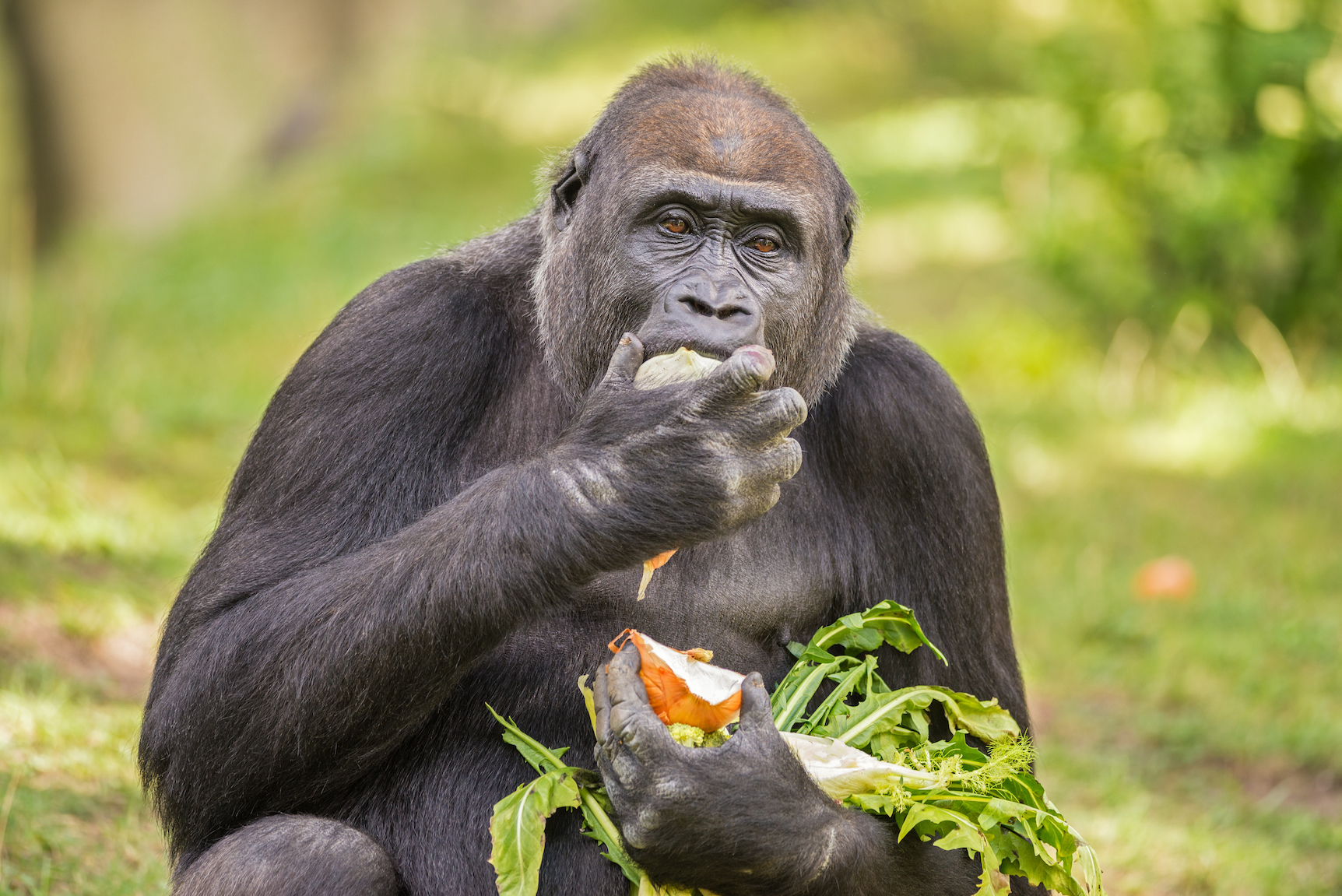 Gorillas have the natural instinct to clean their food

A new study suggests that gorillas have an innate sense of how to clean their food. The researchers found that gorillas spontaneously learn food cleaning without having to observe the behavior in others.

Researchers developed a study to challenge the theory that wild gorillas learn food-cleaning habits by watching other gorillas. Their observation of captive gorillas, who had never witnessed food cleaning before, revealed that the behavior is not always learned and that animals can come up with the idea on their own.

Damien Neadle from the University of Birmingham led the study.

“In four of our five gorillas, at least one of the techniques for cleaning was similar to that observed in the wild.” said Neadle. “Given that these two groups are culturally unconnected, it suggests that social learning is not required for this behavior to emerge.”

The researchers focused their investigation on a captive population of western lowland gorilla at the Wolfgang Kohler Primate Research Centre in Leipzig Zoo, Germany. The team provided the gorillas with both clean and dirty apples.

Over 75 percent of the time, the gorillas cleaned the dirty apples which were coated with sand.

“Rather than being a binary consideration of either cultural learning or not, behaviors like food cleaning, which can be propagated by shared learning but are also capable of being learnt spontaneously by individuals, could be deemed to be ‘soft culture’,” said Neadle.

The research is published in PLoS ONE.