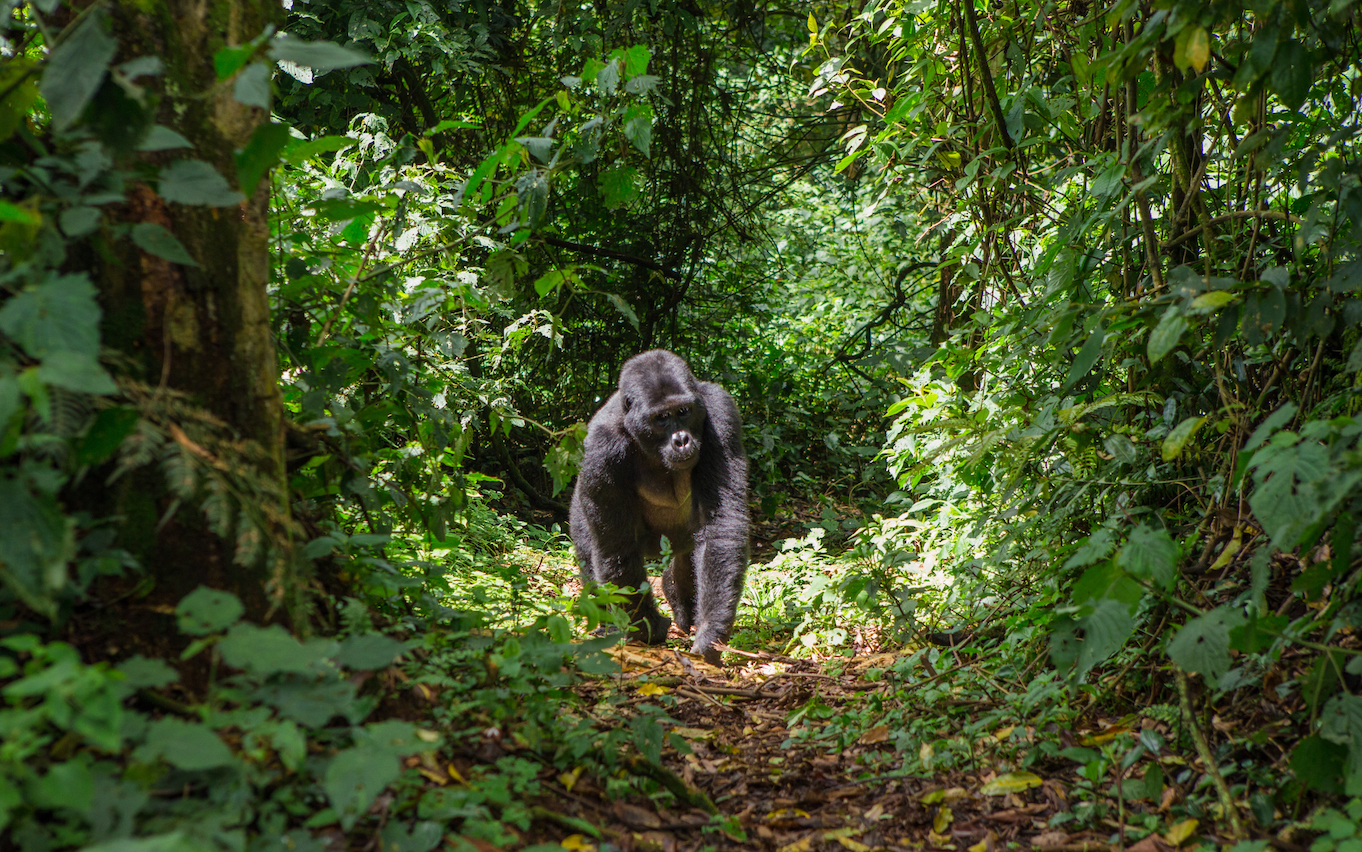 The very idea of a talking gorilla charmed the world in the 1970s, when Koko, the young Western lowland gorilla was introduced on the cover and in the pages of National Geographic. Koko was, and is the (child?) of psychologist Francine “Penny” Patterson and her friend and Koko photographer/videographer of four decades, Ron Cohn. The story of this odd, but dedicated little family is told in the BBC documentary, Koko: The Gorilla Who Talks. The film was produced for a PBS release in 2016 and is currently available on Netflix.

Patterson first met Koko at the San Francisco Zoo soon after the female gorilla’s birth, in 1971. She was a doctoral candidate in Psychology at Stanford University who wanted to discover the viability of human-gorilla communications through American Sign Language. Soon after she started working with Koko, the young gorilla had to be separated from her mother for the treatment of a life-threatening disease and the troop rejected her when she was returned. As a result, Patterson took control of Koko and eventually adopted her.

As the film shows through vintage footage, usually shot by Cohn, Koko’s ability to grasp sign language was remarkable. She learned at about the rate of one sign a month for her first year-and-a-half with Patterson, or about 80 signs by the time she was two. Today, at the age of 44, it’s said that Koko knows some 1,000 sign language gestures and recognizes 2,000 spoken English words. Patterson also insists that Koko can combine gestures to express simple thoughts. For instance, when Koko’s pet kitten was run over by a car, the gorilla was said to have strung together the message, “comfortable hole goodbye.” (It’s not explained how Koko knew that burial was a traditional endgame, though perhaps her human family buried the kitten in her presence.)

The gorilla’s level of communications ability was questioned by other researchers, however. Leading the charge was Dr. Herb Terrace, a Columbia University behavioral psychologist who’d undertaken a long-term project of his own to teach sign language to Nim, a chimpanzee. His conclusion, based on a 1979 paper, was that Project Nim – and, by extension, all efforts to communicate with primates via sign language – was a failure. He insisted that Nim, Koko, and others on the same experimental wavelength, were merely responding by prompts for praise or treats.

Terrace’s paper convinced most of the scientific community, and by the 1980s, there was little enthusiasm to pursue sign-language communications involving primates. Instead, researchers focused on watching the animals communicate with one another.

It’s curious to note that there are few if any scenes in the film of handlers other than Patterson “speaking” with Koko. Could others fluent in American Sign Language have carried on the same level of conversation that Patterson claimed? One frequent visitor, an animal language expert named Eugene Linden, is quoted on camera explaining how Koko had greeted him for the first time with a complex message, but we don’t learn whether Linden witnessed and understood the communication himself or relied on an interpretation of Koko’s doting “mother.”

Though it’s not a part of this film, Patterson sent out a press release upon the 2014 death of the actor Robin Williams. She said that Koko had overheard phone call exchanges concerning Williams’ death and showed curiosity. Patterson said that when she explained the tragedy, Koko became “very somber, with her head bowed and her lip quivering.” Williams had spent one afternoon playing with Koko a decade previously, and the two had never reconnected.

Koko has had relationships of sorts with two male gorillas, but none has led to mating activity and Patterson says that her – and Koko’s – one regret is that the gorilla never had a baby. Today, the gorilla spends her time with Patterson and Cohn and a retinue of caregivers in a sanctuary near Patterson’s California home.

Koko is worth seeing. It does subtly point toward what the animal might have missed in not spending more of her early years with her own kind, though it never seriously challenges the viewpoint of Patterson and Cohn. 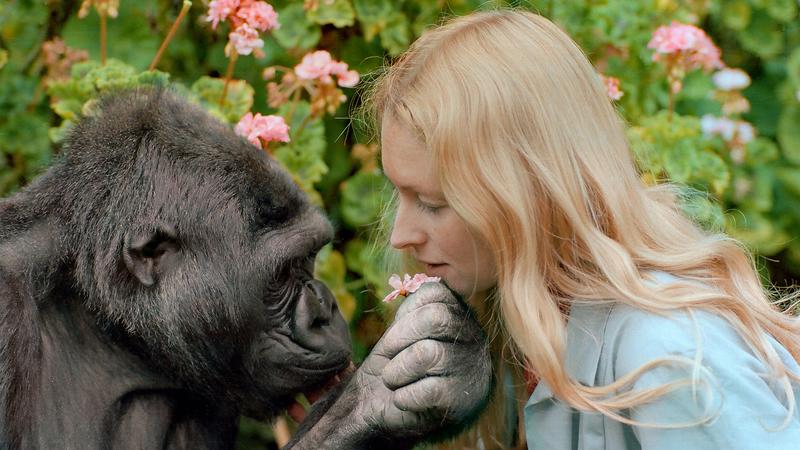