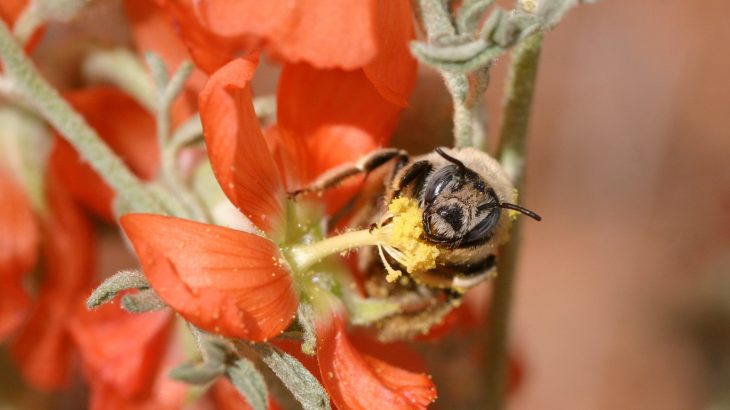 Grand Staircase-Escalante in Utah is home to thriving bee diversity

Utah’s Grand Staircase-Escalante National Monument is a hot spot for bee diversity, but the Trump administration’s push for fewer land protections could put the thriving bee populations in the region at risk, according to a new study.

Besides being a historical landmark, Grand Staircase-Escalante National Monument houses a wealth of geological information dating back millions of years and is rich in biodiversity.

Researchers from Utah State University recently published a paper in the journal PeerJ documenting a four-year study of the monument and its bee populations.

One out of every four bee species known in the United States can be found in Utah, and there are more bee species in the “The Beehive State” than most other states in the country.

The researchers found that nearly half of Utah’s bee species live in the Grand Staircase-Escalante National Monument.

660 species of bee were identified in the study, and some of the species were new discoveries.

“We identified almost as many species as are known in the entire eastern United States,” said Olivia Messinger Carril, a lead author of the study. “We discovered 49 previously unknown species, as well as 150 ‘morphospecies,’ that is, somewhat unique species that don’t match known species.”

The reason for all the bee biodiversity has a lot to do with the number of flowering plant species in the region.

“Many are surprised to learn 87 percent of Utah’s flowering plant species live within the monument’s boundaries,” said Carril. “Which likely contributes to the rich diversity of pollinators.”

The Trump administration reduced the Grand Staircase-Escalante National Monument to about half its previous size, according to the New York Times, which could jeopardize the future of the regions bees and threaten the biodiversity of both bee species and flowering plants.

“It’s an amazing natural laboratory of pollinators, of which we don’t know a lot,” said Joseph Wilson, a member of the research team. “The large reduction of this protected areas could have implications for future biodiversity.”