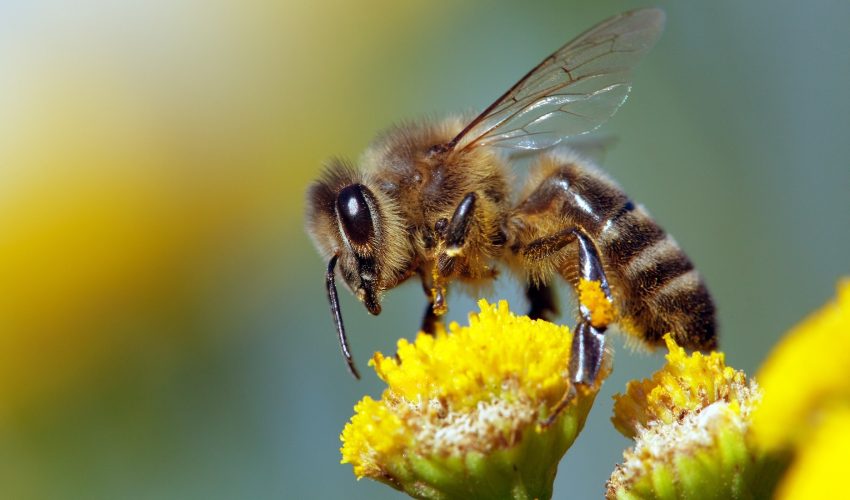 New breakthrough paves the way for bee-friendly pesticides. Neonicotinoid pesticides have been the subject of much debate and controversy, with numerous studies showing the debilitating effects that neonicotinoids have on honeybees and bumblebees.

The European Union has officially banned three neonicotinoid pesticides that were confirmed as harmful to bees from being used on crops outside.

Even though the adverse effects have been established, it was not well understood why honeybees and bumblebees reacted differently when exposed to harmful pesticides.

A collaborative effort among researchers from the University of Exeter, Rothamsted Research, and Bayer AG discovered the enzymes at play in bees that ultimately determine sensitivity to different neonicotinoid pesticides.

The study represents an important breakthrough that could help in the creation of pesticides that are not toxic to bees.

Toxins in organisms are broken down by enzymes called cytochrome P450s, and the researchers wanted to investigate what specific enzymes were responsible for breaking down pesticides in bees.

Identifying these enzymes could also shed insight on why honeybees and bumblebees have such different ranges of sensitivity to the neonicotinoids compared to other similar insect species.

The researchers discovered a subfamily of cytochrome P450s called CYP9Q that was responsible for the rapid breakdown of some pesticides.

Next, the researchers tested how efficiently bees metabolized certain neonicotinoids and found that bees metabolize some more much better than others.

“Knowing the mechanisms contributing to inherent tolerance helps us and regulators to better understand why certain insecticides have a high margin of safety to bees,” said Ralf Nauen, insect toxicologist and the lead investigator of the study at Bayer.

Now the researchers say that developing new non-toxic pesticides will be much easier.

Creating a pesticide is a lengthy and costly process, so having a solid foundation of what factors impact the bee’s sensitivity will ensure that no time is wasted on pesticides that will be harmful.

“Identifying these key enzymes provides valuable tools to screen new pesticides early in their development to see if bees can break them down,” said Chris Bass, the leader of the team at the University of Exeter.

According to the research team, pesticides should be judged on an individual basis and this study will help create non-toxic pesticides that could safely be used on crops without affecting a bee’s health or abilities.