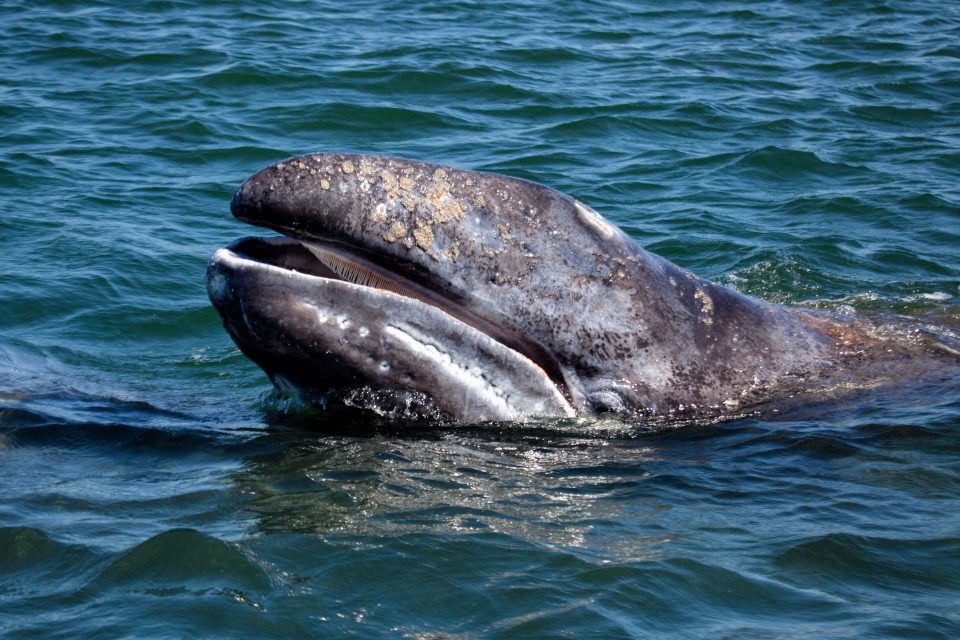 For the third consecutive year, gray whales have been turning up in poor condition or dead along their migration route on the Pacific coast of Mexico, the United States, and Canada.

Researchers at Aarhus University have found evidence that starvation is contributing to the unusual mortality event, which has killed at least 378 gray whales since January of 2019.

Each January, the whales set out on an annual southward journey from their feeding grounds in the Bering, Chukchi, and Arctic Seas to their breeding grounds off the coast of Southern California and Mexico.

Study co-authors Mary Lou Jones and Steven Swartz conducted the first research and monitoring of gray whales from 1977 to 1982 in Laguna San Ignacio (LSI) in Baja California Sur, Mexico. In 2006, they established the Laguna San Ignacio Ecosystem Science Program (LSIESP), a project of the Ocean Foundation, in collaboration with Dr. Jorge Urban.

In 2017, Dr. Fredrik Christiansen joined LSIESP to study the body condition of gray whales with drones. The team used a technique known as photogrammetry, which involves measuring the body length and width of animals from drone images, to assess their body condition.

The researchers noted a marked decline in the body condition of both juvenile and adult gray whales visiting Laguna San Ignacio early on in the drone experiment.

According to the study authors, the decline in body condition coincided with a drop in the number of mother-calf pairs sighted in Laguna San Ignacio.

While the researchers believe that starvation is to blame for the lower survival and reproductive rates of gray whales, the underlying factors are not yet clear. Since the whales were already in bad shape when they arrived in Mexico, the decline must be tied to the previous breeding season.

“It appears that a large number of gray whales are leaving their feeding grounds already in a poor nutritional state and by the time they have completed the breeding season in Mexico they have depleted their energy reserves and starve to death,” said Dr. Christiansen.

The gray whales are most likely struggling with a lack of prey availability on the main feeding grounds. Since the late 1980s, there has been a decline in the abundance of amphipods, the main prey for gray whales, in their main feeding area in the Bering Sea. This food shortage is thought to be tied to climate change, which means that gray whales could continue to suffer from mortality events in the coming decades.