Everything you need to know about the Great American Eclipse • Earth.com 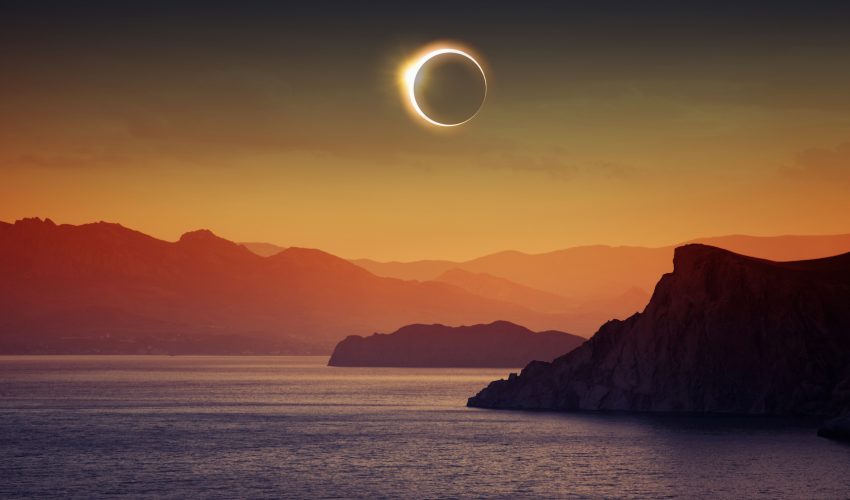 Everything you need to know about the Great American Eclipse

Yes, the Great American Eclipse of Monday, August 21 is likely to be as memorable as its name would suggest. For one thing, it’s a pretty exclusive event.

While there were 228 solar eclipses during the 20th century, only 71 of them were total eclipses. That’s where the moon appears to nearly completely block sight of the sun. Viewers see the sky suddenly darken and the brilliance of the sun’s corona, or outermost ring of atmosphere. If it’s not a total eclipse, the moon covers only part of the sun and the effect is muted.

But even at that, we Earthlings have experienced 71 total eclipses over the last hundred years, so the phenomenon still isn’t all that rare. So what’s the big deal about the Great American Eclipse?

The Path of Totality

It’s the word “American,” not “Eclipse,” that creates the distinction. Even the most thrilling of solar eclipses are only fully experiences by a relatively few people lucky enough to find themselves within prime viewing area. That’s because the sight is only visible on relatively small swaths of the globe. Even if you’re only a few miles outside of the area of “totality” you’ll see little or no evidence of the eclipse.

To illustrate, the last total solar eclipse fully viewable in the United States was in 1991, but you had to be in Hawaii to see it. The last total eclipse on view from any area of the continental U.S. was way back in 1979, and that only occurred over the northwest corner of the country. The last time the Path of Totality went coast-to-coast was in 1918. We assume you missed it.

So, yeah. This one’s pretty special.

Where You’ll See It

On August 21, only those in about a 70-mile band of the country stretching west to east principally along 12 states will get an awe-inspiring view. Those states are Oregon, Idaho, Wyoming, Nebraska, Kansas, Missouri, Illinois, Kentucky, Tennessee, Georgia, North Carolina and, finally, South Carolina. Very tiny sections of two more states, Montana and Iowa, will also be in the path.

If you’re planning on traveling, don’t be late! Viewers in each location will only have between about two and less than three minutes to catch the stunning moment of totality.

First contact is the moment when the two heavenly bodies begin to come together. From this moment to totality will be a period of about an hour and a half.

What you’ll notice leading up to totality is a change in the color of the light. Shadows become sharper. As the two bodies move closer, the sun takes on more and more of a crescent shape.

As the sun and moon are in full alignment, the sky will darken and you’ll suddenly see the night’s stars and planets (assuming that your viewing sky is clear of cloud cover). At the point of total eclipse, the sun will look life a fiery ring. You’ll be viewing it’s corona, or outer edge, the only portion of the sun that will be on view.

The experience itself is virtually indescribable. But you can see videos of previous total eclipses here and here.

Viewings and Doings in America

Americans know that the Great American Eclipse is a big deal, and they’re making the most of it. Here are just a few of the eclipse-related happenings on tap. (Events are selling out rapidly due to crowds, so be sure to check event websites or call before traveling.)

Independence, Oregon, Indy Goes Dark Eclipse Festival, (Aug. 17-21) — Festivities include a beer garden, 5K run, fireworks and concert in the park. But don’t stay out too late the day before. Totality hits soon after 9am here.

Hopkinsville, Kentucky, The Point of Greatest Eclipse (Aug. 18-21) — Just like the name says, this is the place in which viewers will get the longest show — two minutes and 41 seconds of totality. That’s why the town of 33,000 expects 200,000 visitors.

Nashville, Tennessee, Italian Lights Festival and Solar Eclipse 2017, (Aug 18-21) — Music City has the distinction of being the largest city on the Path of Totality, so it’s celebrating in a number of ways and places. This event, focused on Bicentennial Capitol Mall downtown, celebrates with food, wine, music and art.

Charleston, South Carolina, Charleston RiverDogs, (Aug. 21) This Old South city is the last on this solar tour. Its minor league team, the Charleston RiverDogs will be one place where you can get a doubleheader — a solar eclipse and then a ballgame (if it’s not sold out). The eclipse is at 2:48 pm, the game’s at 4:05.

That was just a sampler. Visit here for a more comprehensive listing of national happenings.

The sun is dangerous to your vision at every stage of eclipse except totality. That means you must protect your eyes at all times until that final stage. And if you’re not in that swath of land that will see totality, there’s never a moment when it will be safe to view the sun.

Before ruining your vision, get eclipse glasses that meet the following ISO standards for eye safety: ISO 12312-2. Wear those ISO-certified glasses as the moon and sun go through the initial phases of alignment and only take them off at the point of full eclipse.

And remember, there are no valid substitutes for those glasses. Sunglasses, no matter how strong the filter, won’t offer the vision protection you need. And if you do get official eclipse glasses (which will be a challenge at this late date), test them. You should only be able to see the sun with them. Nothing else. If you can see even strong artificial lighting, the filter isn’t strong enough. Toss them and don’t look up until the point of totality.