The importance of solar eclipses throughout history • Earth.com 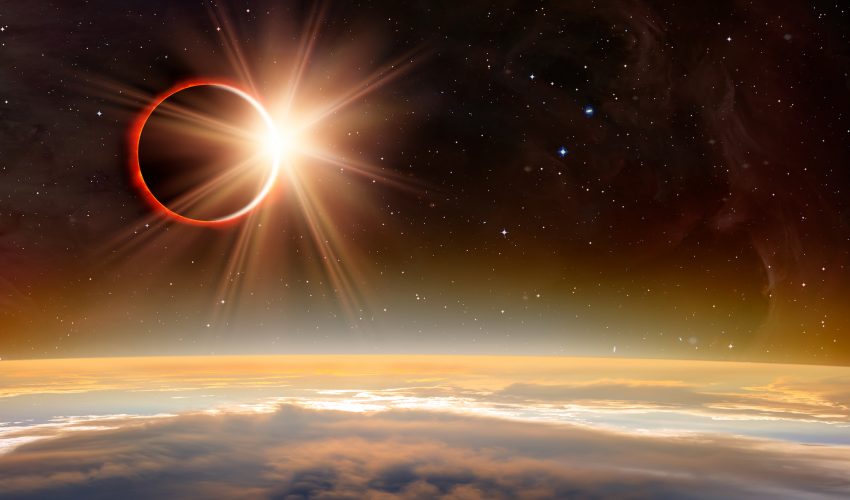 The importance of solar eclipses throughout history

We know so much about solar eclipses today that science can tell us to the minute when a single location, say, Lincoln Beach Oregon, will reach the point of totality on August 21. For the layman, the moon will appear to totally block the sun except its bedazzling corona to viewers in this Northwest U.S. city at 9:05am PDT, kicking off the Great American Eclipse.

But let’s go back in time. How do you think your foreparents accepted this not-so-rare phenomenon? If you think they had a hard time with it, you’re right.

Can you blame them? Imagine that you strolled out one fine evening and found three moons in a clear sky. That’s how terrifying sudden midnight seemed to the uninitiated. It was the sign of the apocalypse. A portent of death. A horrifying event.

Although…there was that time it stopped a battle. Here are a few historical highlights of solar eclipses.

In 1375 BC, the northern Syrian port city of Ugarit experienced an eclipse that was described in the written record this way: “On the day of the new moon, in the month of Hiyar, the Sun was put to shame, and went down in the daytime, with Mars in attendance.”

The ancient Greek historian Herodotus tells us that a solar eclipse interrupted a raging battle between the Lydians and the Medes in 585 BC. To the warriors, it was a sign that they were on the wrong track in life and they immediately ended the battle and declared a lasting truce. Or something like that.

The problem is, Herodotus said that the eclipse happened in the middle of the day, whereas scientists now know that it happened near sundown. But as the newspaper editor in The Man Who Shot Liberty Valance famously stated, “When the legend becomes fact, print the legend.”

In the Christian faith, the gospels state that, upon the death of Jesus Christ, the sky was darkened for hours. Or…science says that a total eclipse happened over the region in 29 AD and that a longer, four-minute occurrence took place in 33AD.

The Koran holds that an eclipse preceded the birth of Mohammed and another marked the death of his son, Ibrahim.

King Henry I of England died, as royals have a tendency to do. But this particular death, in 1133 AD, coincided with a total eclipse. Or, as historians of the day referred to it, a “hideous darkness” that descended upon them. Naturally, chaos and civil war followed.

America was feeling pretty good about itself and its place in scientific study as the solar eclipse of 1878 neared. At this point, we could predict such happenings, and a veritable who’s who of science and exploration headed west to witness it. This included Thomas Edison, trying out one of his few failed inventions, astronomer Samuel Langley, for whom the NASA Langley Research Center is named, and Vassar College astronomer professor Maria Mitchell, who had the audacity to bring along a gaggle of female astronomers.

Respected astronomer James Craig Watson also joined the curious, out to prove, in the absence the sun, the previously hidden planet Vulcan. Alas, no Vulcan. It would take Star Trek producer Gene Rodenberry another near century to discover Spock’s home planet.

Live long and prosper, Earthlings. And, if you get a chance, don’t miss the Great American Eclipse.