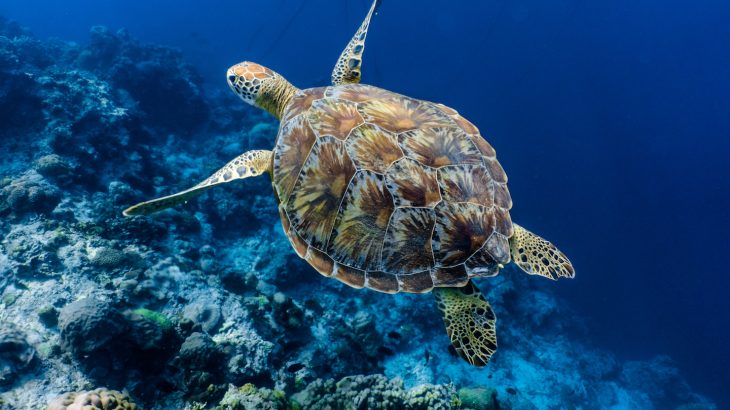 Green sea turtle populations are bouncing back while hawksbills struggle

Nearly every species of sea turtles are endangered, including hawksbills and green turtles, but ocean surveys show that some populations are now increasing.

Researchers from the Monterey Bay Aquarium conducted the first comprehensive in-water survey review of its kind to assess the effectiveness of global protection and conservation efforts first implemented in the 1970s.

The study, published in the journal PLOS ONE, provides a promising success story as densities of endangered green sea turtles that dwell in Pacific coral reefs are increasing.

Sea turtles were driven to endangerment by human activities. They were hunted and captured for their shells, eggs, and meat, and poaching remains a significant challenge for conservation and management efforts.

Climate change is also impacting coral habitats where sea turtles congregate, and turtles have also been found caught and entangled in fishing nets.

In the 1970s, efforts were put in place to reverse the decline of sea turtle populations but efforts to assess the success of these measures has been limited.

For this study, the researchers combined 13 years of data from in-water visual surveys of turtle abundance near 53 islands, atolls, and reefs throughout the US Pacific.

The surveys covered 7,300 linear kilometers of ocean, and over 3,400 turtles were observed.

A visual survey involves a pair of divers who are slowly towed along by a boat. The divers then record their observation of sea life as they are towed along.

The researchers found an increase in green turtles with the highest density observed about a thousand miles off the coast of Hawaii. Hawksbills, on the other hand, were most abundant around American Samoa, but hawksbill counts overall were much lower than green turtles.

Green turtle populations never declined throughout the survey period which points to successful conservation measures near the Hawaiian Islands.

“This study represents one of the largest sea turtle population surveys ever conducted, filling critical gaps on in-water abundance and drivers of population density,” said Sarah Becker, the lead author of the study. “Across the tropical Pacific several locations held impressive densities of sea turtles, and in all regions densities were driven by bottom-up forces like ocean temperatures and productivity and top-down forces such as human impacts.”