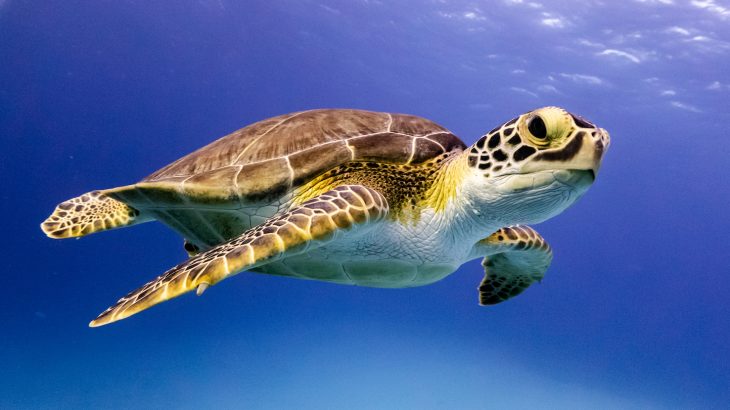 Wildlife poaching has long been a threat to many threatened and endangered species throughout the world. As populations of targeted species continue to decline, technology has increasingly been used as a tool to combat poaching.

Drones are being used in Africa to watch over wild elephant and rhino populations and infrared cameras have already resulted in the arrest of dozens of poachers. But now, in an effort to protect sea turtles, fake GPS eggs are being used to track the movement of poachers.

Despite protection under national and international laws, sea turtles are heavily poached for their meat, shells and eggs. Turtle eggs are considered a delicacy, aphrodisiac or even a bar snack in some places. Their shells can be used to make jewelry and souvenirs. In the last 100 years, millions of Hawksbill turtles have been killed for the tortoiseshell trade alone.

Without intervention, poaching could result in the extinction of our ocean’s sea turtles. That is where the fake GPS eggs come in. Paso Pacifico, a non-profit that works to conserve ecosystems along Central America’s Pacific slope, has developed a unique product called the InvestEGGator, a GPS tracking device that looks and feels like a real sea turtle egg.

The non-profit works in Central America, where sea turtle egg poaching is common. Hawksbill turtles in El Salvador, Nicaragua and Ecuador and Leatherback turtles in Mexico, Costa Rica and Nicaragua are among the world’s 11 most threatened sea turtle populations. It is believed that poachers destroy more than 90% of sea turtle nests on many Central American beaches.

The GPS eggs are placed in real sea turtle nests for poachers to grab. Once the poachers take the tracking devices, Paso Pacifico can receive information on poachers’ smuggling routes.

“Armed with that information, we intend to work with authorities to dismantle egg trafficking, both domestically and internationally,” the group says on their website.

“If you’re deploying eggs on several beaches in a country, and let’s say they all end up going to the same neighborhood or the same block, then that suggests maybe a very centralized network with a couple of really key players,” Kim Williams-Guillén, who works for Paso Pacifico, explained in a PBS interview.

The eggs have the potential to provide important insight into the movement of poachers and traffickers who sell the products in the illicit wildlife market. In addition, the eggs may also help locals, some of whom may be poachers themselves.

Paso Pacifico hires locals to work as rangers who patrol the beaches and collect scientific data. The ranger jobs provide an alternative for individuals who may rely on poaching for an income. In this way, the ranger program is not only helping to watch over sea turtles but transform individuals from poachers to guardians.

Paso Pacifico continues to refine the InvestEGGator in the hopes of making the technology available for widespread use. The technology may be able to help other species such as birds whose eggs are smuggled for the wildlife trade.