Greenland ice sheet is melting 6 times faster than it was 30 years ago • Earth.com 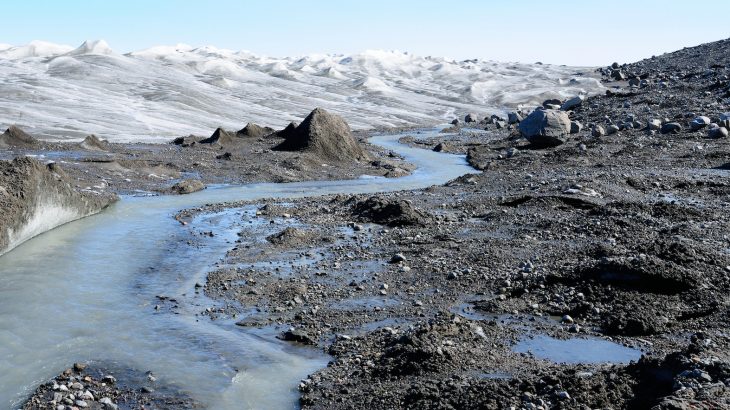 Since 1972, Greenland’s glaciers have accounted for a rise in sea level of 0.5 inches globally. The island is home to the world’s second-largest ice sheet, and a new study published in Proceedings of the National Academy of Sciences indicates that this ice is now melting six times faster than it was in the 1980s.

Scientists discovered that these glaciers are melting faster as they break into icebergs that are moving into the ocean. It’s estimated that Greenland released 51 billion tons of ice into the ocean between 1980 and 1990 – which has now increased to a whopping 286 billion tons between 2010 and 2018.

Our ability to measure melting ice these days is extremely accurate due to our access to satellites, weather stations, and sophisticated climate models. For this study, the research team used satellites to measure altitude, determining reduced glacier height on melting glaciers. They were also able to detect ice loss through measuring decreased gravitational pull, and used mass balance models to compare mass accumulated with mass lost in order to calculate what glaciers are gaining or losing in ice mass.

The researchers also used these models to reconstruct Greenland’s ice levels in the 1970s and 1980s.

“When you look at several decades, it is best to sit back in your chair before looking at the results, because it is a bit scary to see how fast it is changing,” said glaciologist Professor Eric Rignot of the University of California. “It’s also something that affects the four corners of Greenland, not just the warmer parts in the south.”

In their study, the team reports that if all of the Greenland Ice Sheet melted, the sea level would rise about 20 feet. Given that 40-50 percent of the Earth’s population is in cities that are vulnerable to sea level rise, an increase of 20 feet would have unfathomable consequences.

“This new data better enables us to put recent, dramatic, changes to Greenland’s contribution to global sea level rise into a longer-term context — the ice loss we’ve seen in the last eight years is as much as was lost in the preceding four decades,” explains Dr. Amber Leeson, a lecturer in Environmental Data Science at Lancaster University. If proper steps aren’t taken to combat these changes, it’s clear that the melting ice of one island (although it’s the world’s largest island) could have dire effects on the entire planet.