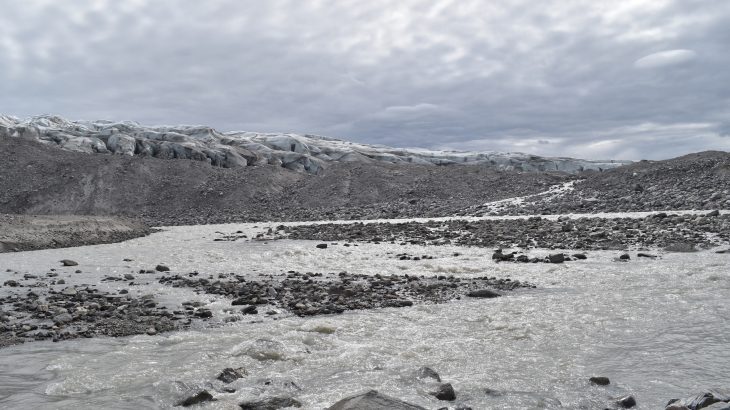 Greenland is losing ice at an alarming rate due to climate change, and it’s been estimated that the Greenland ice sheet is losing around 270 billion tons of ice each year.

Now, a new study has found that rain is behind much of the ice sheet’s meltwater runoff, which is responsible for further ice loss than calved icebergs.

The study was conducted by researchers from the Earth Institute at Columbia University, the GEOMAR Centre for Ocean Research in Germany, and the Scripps Institution of Oceanography.

The results show that rain is responsible for 70 percent of ice loss in Greenland, Rain in the winter, a rare occurrence that’s becoming less rare, only makes the ice sheet more vulnerable to melting during the warmer months.

The study was published in the journal The Cryosphere.

The researchers collected and analyzed data from 20 automated weather stations placed across the ice sheet and satellite imagery dating between 1979 and 2012 to target the cause of melting in specific areas.

The researchers were able to identify 300 events where rain triggered melting.

Melting from rain doubled in the summer and tripled over the winter study period and the rain creates a dangerous feedback loop where rain soaks into the snow and releases more heat and energy.

Some meltwater runs off into the ocean, but the researches also saw a pattern where meltwater would re-freeze and turn the surface into a dark, absorbent mass of ice that doesn’t reflect the sun’s heat as efficiently as snow.

The constant re-freezing cycle makes the ice easier to melt again, and more water and melting is produced the second time around.

“If it rains in the winter, that preconditions the ice to be more vulnerable in the summer,” said Marco Tedesco, a co-author of the study. “We are starting to realize, you have to look at all the seasons.”

As climate shifts and temperatures rise, the researchers say that winter rainfall will become more and more common and continue to degrade Greenland’s ice sheet.

“The ice should be gaining mass in winter when it snows, but an increasing part of the mass gain from precipitation is lost by melt,” said Marilena Oltmanns, the lead author of the study.

Having a clearer picture of the driving factors behind Greenland’s ice loss is crucial for accurately projecting future sea level rise, and this study could help aid future climate models and inform climate mitigation policies.