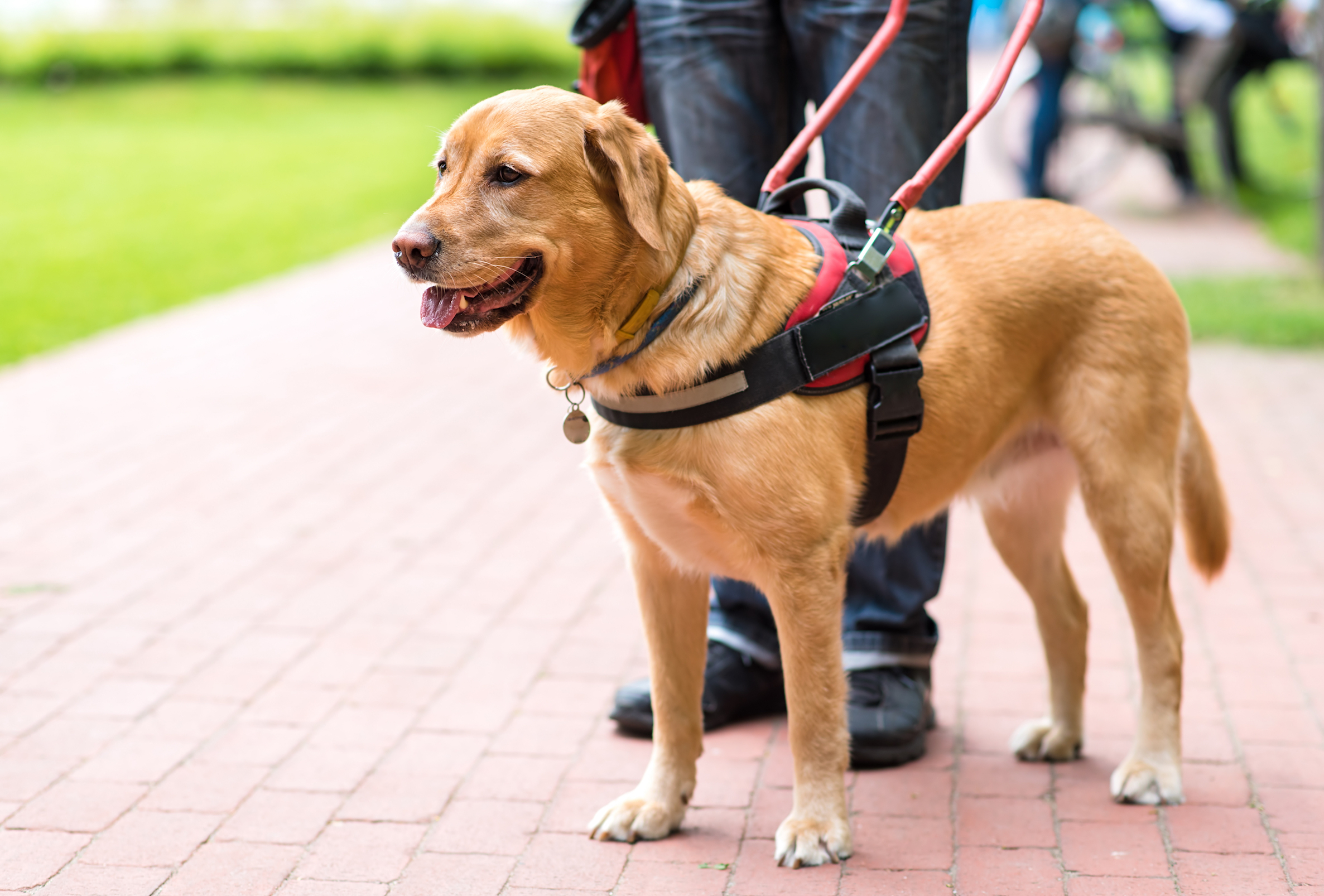 The comparison of “nature vs. nurture” when it comes to raising offspring has been talked about and studied throughout history, in both humans and animals – but for some reason it hasn’t been studied very much in dogs. New research from the University of Pennsylvania took an in-depth look at how guide dogs were affected by being raised by mothers who were overprotective, and how this influenced their likelihood of graduating from the training program.

Results showed that a dog’s cognition and temperament were directly associated with success in the training program, and could help inform guide dog training organizations on how to identify dogs that are more likely to succeed.

The study was conducted at The Seeing Eye, an organization in New Jersey that raises and trains dogs to help guide blind people. “Organizations like The Seeing Eye invest a huge amount in their training program but have about a 70 percent success rate,” says Robert Seyfarth of UPenn’s School of Veterinary Medicine. “That is good, but, from a practical point of view, they’d like to improve.”

Researchers observed 23 mothers and their 98 puppies for their first five weeks of life at The Seeing Eye, documenting things such as nursing position, the time the mother spent looking away from the puppies, and how much time she spent grooming her puppies.

The mothers should unique differences across the board, and in a test of salivary cortisol levels – a measure of stress – the more vigilant mothers had higher baseline levels and higher spikes in cortisol when their puppies were temporarily taken away from them.

When the researchers went back a couple years later and tracked the success of these puppies, they discovered that the mothers that were more doting were less likely to have their puppies graduate from the program and become guide dogs. Specifically, dogs whose mothers nursed more often lying down instead of sitting or standing up were less likely to succeed.

“If a mother is lying on her stomach, the puppies basically have free access to milk, but, if the mother is standing up, then the puppies have to work to get it,” Seyfarth explains. “A hypothesis might be that you have to provide your offspring with minor obstacles that they can overcome for them to succeed later in life because, as we know, life as an adult involves obstacles.”

A second part of the study was conducted after the puppies had gone to live with foster families and then returned to The Seeing Eye when they were young adults for more specific guide-dog training. This training included tests of cognitive problem-solving skills and tests of temperament.

The dogs that did well at the problem-solving tasks and were less reactive in temperament tests were more likely to succeed in the program, which wasn’t exactly a shock. Previous research had shown that dogs’ cognition and temperament were interrelated.

This new research provides further evidence of the connection between maternal behavior and offspring’s behavior later in life. However, further research is needed to figure out exactly why the attentive mothers were less likely to have puppies that graduated from the program.