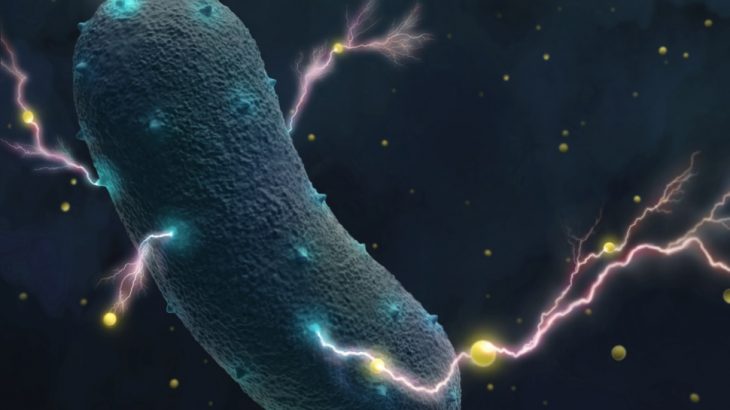 Your gut bacteria actually produce electricity in a unique way

Scientists at the University of California-Berkeley have discovered that bacteria which are commonly found in the human gut produce electricity. While experts have previously identified electrogenic bacteria in exotic environments such as mines, Listeria monocytogenes have been found to generate electricity using a completely different technique.

Many of these sparking bacteria are part of the human gut microbiome. Others are pathogenic, like the bug that causes the foodborne illness listeriosis. The bacteria that cause gangrene, Clostridium perfringens, and some disease-causing streptococcus bacteria also produce electricity.

Study co-author Dan Portnoy is a professor of Molecular and Cell Biology and Plant and Microbial Biology at UC Berkeley.

“The fact that so many bugs that interact with humans, either as pathogens or in probiotics or in our microbiota or involved in fermentation of human products, are electrogenic — that had been missed before,” said Portnoy. “It could tell us a lot about how these bacteria infect us or help us have a healthy gut.”

The findings could also help to create living batteries from microbes. This type of bioenergetic technology could ultimately be used to generate electricity from bacteria in waste treatment plants.

Bacteria produce electricity to remove electrons produced during metabolism and support energy production, which is the same reason that we breathe oxygen.

To transfer electrons out of the cell, a series of special chemical reactions is required. This is referred to as the extracellular electron transfer chain, which carries the electrons as a tiny electrical current.

The newly-identified electron transfer system is simpler than the transfer chain that was previously established, and seems to be used by bacteria only when necessary – possibly when oxygen levels are low. The simpler electron transfer chain has been found in bacteria with a single cell wall that live in an environment with lots of flavin, which are derivatives of vitamin B2.

“It seems that the cell structure of these bacteria and the vitamin-rich ecological niche that they occupy makes it significantly easier and more cost effective to transfer electrons out of the cell,” said study first author Sam Light. “Thus, we think that the conventionally studied mineral-respiring bacteria are using extracellular electron transfer because it is crucial for survival, whereas these newly identified bacteria are using it because it is ‘easy.’”

Light is especially interested in studying this system in Lactobacillus, bacteria that are critical in the production of cheese, yogurt, and sauerkraut. He suggests that the electron transport plays a role in the taste of cheese and sauerkraut.

“This is a whole big part of the physiology of bacteria that people didn’t realize existed, and that could be potentially manipulated,” said Light.