There may be far fewer planets that could support life than previously thought • Earth.com 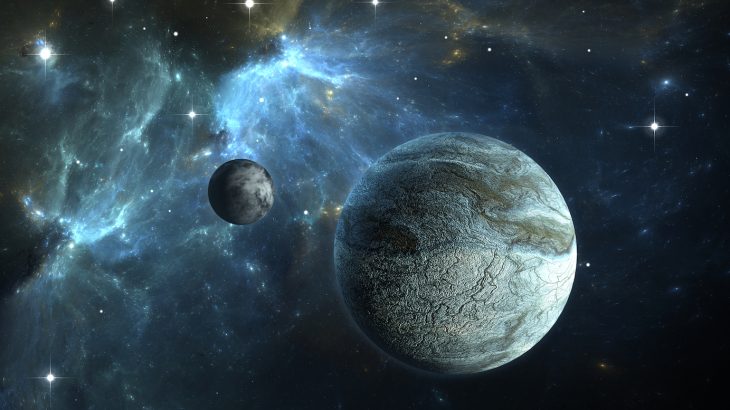 The number of planets that could conceivably support life are identified by astronomers by their location in a “habitable zone,” which refers to the sweet spot in a solar system where a planet is close enough to its sun to have liquid water.

For a planet to be located in a habitable zone, it needs to be at just the right proximity from its star. If it’s too close the water evaporates, but if it’s too far everything freezes (think Pluto).

In a new study, researchers from the University of California, Riverside found that the habitable zone of a solar system may be narrower than previously realized.

Now, researchers estimate that a habitable zone capable of supporting complex life is half the size it was previously thought to be.

The study shows that most planets in a habitable range would be unable to support anything but single-cell microbes and that a thick layer of toxic gases like carbon monoxide would make human exploration or complex life impossible.

The researchers published their findings in the Astrophysical Journal.

“Imagine a ‘habitable zone for complex life’ defined as a safe zone where it would be plausible to support rich ecosystems like we find on Earth today,”  said Timothy Lyons, a co-author of the study. “Our results indicate that complex ecosystems like ours cannot exist in most regions of the habitable zone as traditionally defined.”

For the study, the researchers used computer models to simulate the climate, atmosphere, and photochemistry of different planets.

A planet with liquid water farther away from its star likely indicates a massive amount of carbon dioxide at levels to potent for complex life to survive.

“To sustain liquid water at the outer edge of the conventional habitable zone, a planet would need tens of thousands of times more carbon dioxide than Earth has today,” said Edward Schwieterman, the study’s lead author. “That’s far beyond the levels known to be toxic to human and animal life on Earth.”

Accounting for gas toxicity drastically reduced the habitable zone and if a planet is to support humans, it’s habitable zone is one-third what it was previously.

Certain stars like Proxima Centauri have no planets capable of supporting life the models showed.

The study models are already being used by the National Aeronautics and Space Administration (NASA) to help determine which, if any, planets outside of our own solar system are worth exploring as potential candidates for supporting life.

“Our discoveries provide one way to decide which of these myriad planets we should observe in more detail,” said Christopher Reinhard, a co-author of the study. “We could identify otherwise habitable planets with carbon dioxide or carbon monoxide levels that are likely too high to support complex life.”