Could this exoplanet be Earth-like enough to support life? • Earth.com 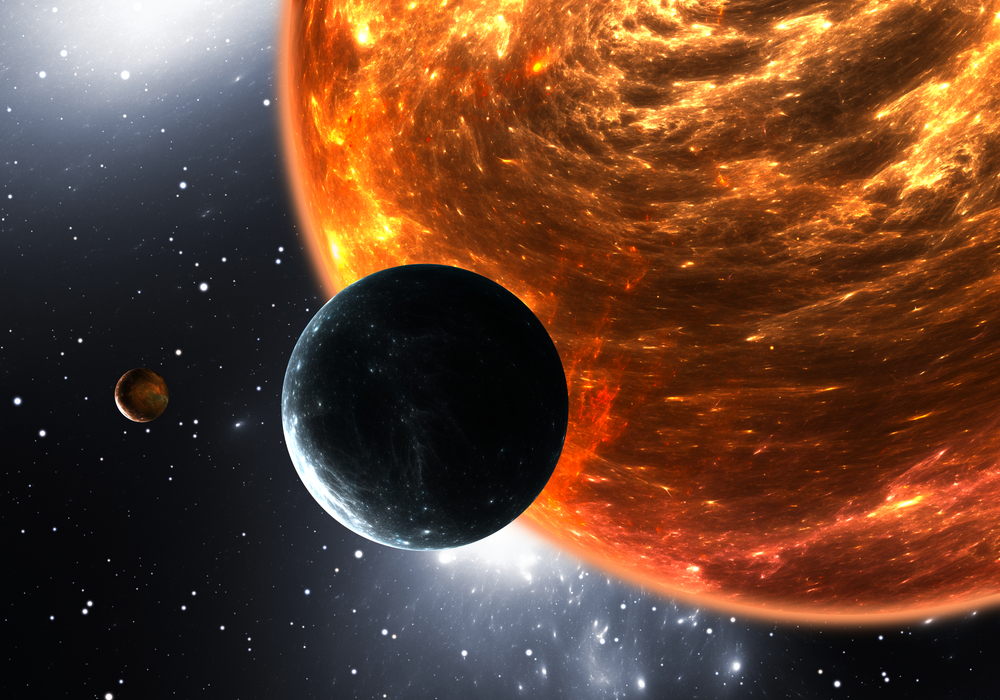 Could this exoplanet be Earth-like enough to support life?

Astrophysicists are taking a new look at an exoplanet orbiting Proxima Centauri – the star closest in distance to our Sun – to see if it could potentially support life.

The exoplanet Proxima B was discovered less than a year ago, but it is similar in size to Earth, and is believed to be in the star’s “habitable zone.” According to the hypothesis, planets located in a star’s habitable zone could, given the right circumstances, hold liquid water.

Scientists at the University of Exeter wondered whether Proxima B could have the “Earth-like” atmosphere that would indicate the possibility of water.

The researchers turned to the Met Office, the UK’s weather service, which has been studying the Earth’s climate and creating models of it for decades.

“Our research team looked at a number of different scenarios for the planet’s likely orbital configuration using a set of simulations,” Dr. Ian Boutle, lead author of the study, said in a press release. “As well as examining how the climate would behave if the planet was ‘tidally locked,’ where one day is the same length as one year, we also looked at how an orbit similar to Mercury, which rotates three times on its axis for every two orbits around the sun – a 3:2 resonance – would affect the environment.”

The simulations showed that Proxima B might have the potential to support life, although the researchers admit that much more study is needed before they can confirm their findings. Proxima Centauri is a red dwarf planet, which adds some complexity to the study.

“One of the main features that distinguishes this planet from Earth is that the light from its star is mostly in the near infrared,” co-author Dr. James Manners said. “These frequencies of light interact much more strongly with water vapour and carbon dioxide in the atmosphere which affects the climate that emerges in our model.”

However, using the Met Office’s modeling software, the team was able to determine that the possibility of liquid water – and, by extension, the potential to support life – existed in both the tidally locked and 3:2 resonance examples.

The team hopes that continued research will offer more understanding of the atmospheres of other Earth-like exoplanets, as well as Earth’s own climate.

The study will be published in the journal Astronomy and Astrophysics on Tuesday, May 16.