Why is Halloween candy so irresistible? It’s not just the sugar • Earth.com 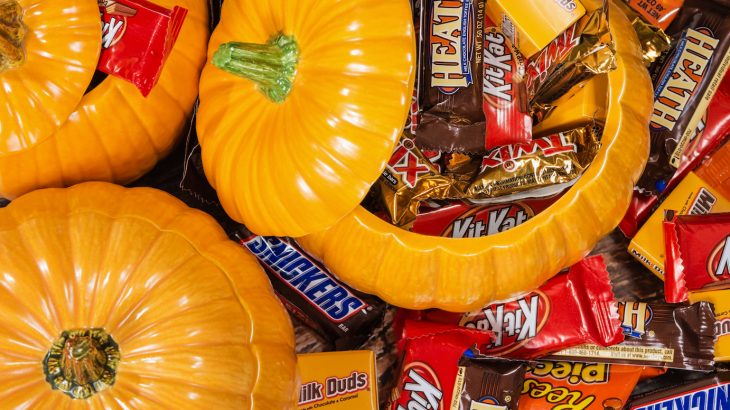 Why is Halloween candy so irresistible? It’s not just the sugar

For many adults, having a full bowl of Halloween candy left over at the end of the night is simply too much temptation to resist. A report from Time has now revealed the scientific reason for what makes Halloween candy irresistible, and why it is so hard to stop eating it.

Sugar is enough to fire up the brain’s reward circuitry on its own. Like a drug addiction, people can actually build up a tolerance to sugar and become dependent on it. However, according to experts, sugar is not working alone.

Rachele Pojednic is an assistant professor of Nutrition at Simmons University.

“You can just keep unwrapping and popping those little suckers,” Professor Pojednic told Time. “But that wouldn’t happen if you walked into an office and there was a bowl of white sugar on the table.”

Professor Pojednic explained that it is the combination of sugar, fat, and salt that “really revs up the hedonic eating system.” Hedonic hunger refers to the drive to eat strictly for pleasure and not out of a physical need for food.

Research has shown that fatty and sugary foods activate the brain’s reward system, which interferes with communication between the brain and the digestive system. This disrupts our normal sense of hunger or satisfaction, and promotes hedonic eating and overindulgence.

As documented in the book Salt Sugar Fat: How the Food Giants Hooked Us, food experts know that the combo of sugar, fat, and salt can be addictive. The hedonic effect is even more powerful when it comes to nostalgic foods like Halloween candy.

Professor Pojednic said that it is okay to treat yourself to junk food sometimes, but that it is important to practice mindful eating most of the time.

“There are moments and times when giving yourself a treat is a really fun and awesome idea, and there are other times when you have to have a little more mindfulness around why you’re feeling the way you’re feeling,” said Professor Pojednic. “You’re not going to be able to suppress those feelings. There’s absolutely room for it in day-to-day life.”