Hangxiety is real, and shy people are more affected than others • Earth.com 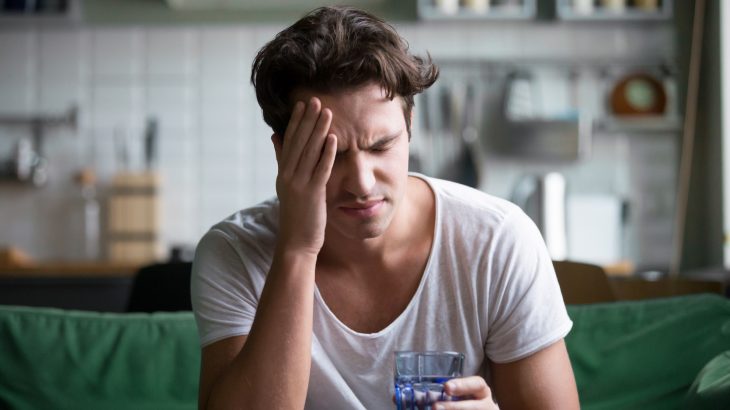 Hangxiety is real, and shy people are more affected than others

Hangxiety describes the increased anxiety that one might feel while hungover the day after a night out drinking. A hangover is hard enough, but feeling anxious and stressed certainly doesn’t help the already unpleasant symptoms.

Unfortunately, shy people are more at risk of hangxiety because they often drink in order to feel more at ease during uncomfortable social situations. A new study by researchers from the University of Exeter reveals how shy personalities are more affected by this condition.

“We know that many people drink to ease anxiety felt in social situations, but this research suggests that this might have rebound consequences the next day,” Celia Morgan, an author of the study, told the Daily Mail. “More shy individuals are more likely to experience this, sometimes debilitating, aspect of a hangover.”

Morgan also suggested that hangxiety might be linked to developing an alcohol addiction.

97 adults who were between and 18 and 53 years old participated in the study which took place at a get-together at a participant’s home.

The study was published in the journal Personality and Individual Differences

The researchers observed the social event and recorded breathalyzer tests for each participant before the party. Participants were also given a questionnaire before the event to help measure anxiety levels.

The researchers discovered that shyness correlated with feelings of anxiety the next day after drinking.

People with alcohol dependence often score higher on levels of shyness which could indicate that alcohol problems and shyness are linked, according to the Daily Mail.

The researchers say that shyness is not a trait to be ashamed of and to embrace being quiet and reserved.