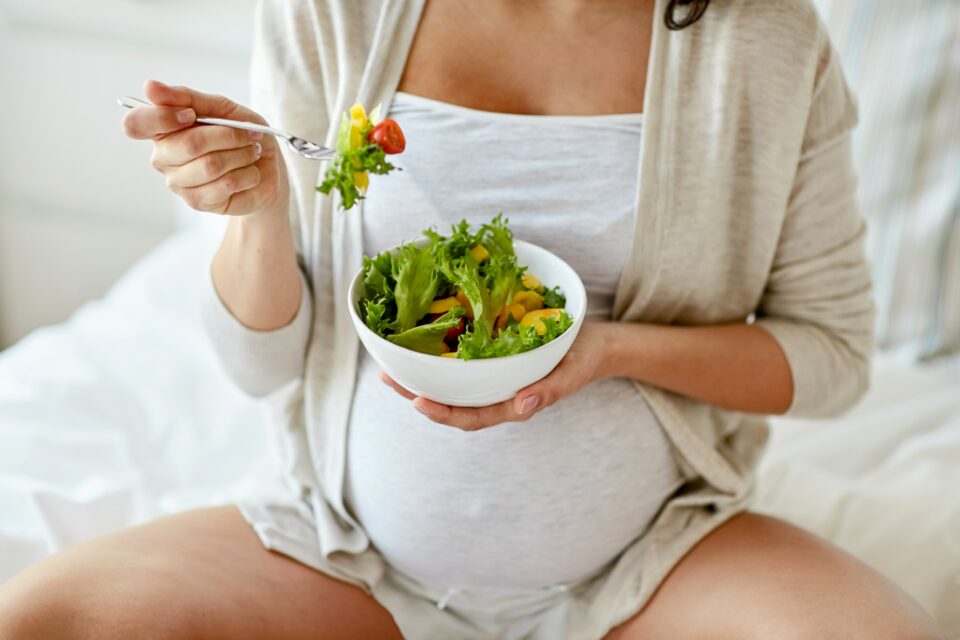 Gestational diabetes mellitus (GDM) is a common complication of pregnancy, with an estimated 17 percent of pregnant women worldwide developing this condition. It is characterized by high blood sugar levels and may affect the health of the baby and increase the mother’s risk of developing type 2 diabetes later in life.

Although the cause of this condition is not known, excess weight before pregnancy often plays a role. Along with obesity, diet has also been implicated as a key contributory factor in the onset of GDM.

To investigate the link between diet and gestational diabetes in more depth, a team of scientists from the University of Turku and the Turku University Hospital in Finland recently undertook a study of 351 pregnant women and their diets. The objective of the study was to determine the extent to which diet in early pregnancy contributes to the risk of developing GDM in a high-risk group of women who were overweight or obese.

The women’s nutrient intake was calculated using questionnaires and self-reported records in food diaries that were kept by the participants during early pregnancy. The researchers evaluated the relationship between the development of gestational diabetes and the pregnant women’s nutrient intakes, dietary patterns, overall diet quality when compared to a recommended diet, and eating frequency. They also studied the inflammatory potential of each woman’s diet using a dietary inflammatory index.

During the course of the study, 23 percent (81) of the women were diagnosed with gestational diabetes. These women had significantly higher pre-pregnancy BMI values and higher diastolic blood pressure at the start of the study, compared to those of women who did not develop GDM.

The study found that women who adhered more strictly to the healthier dietary pattern during early pregnancy had a lower risk of developing GDM later on. More particularly, the development of gestational diabetes was associated with higher dietary intake of fats, specifically saturated fatty acids and trans fatty acids.

In addition, a more inflammatory diet was associated with a higher risk of developing gestational diabetes. The authors state that low-grade inflammation is a mediator for insulin resistance and therefore foods with higher inflammatory indices (e.g., fats) could contribute to the onset of GDM. Total fat, saturated fatty acids, and trans fatty acids have a high inflammatory potential and are able to increase the presence of chronic, systemic inflammation in the body.

One of the limitations of the study was that it focused on overweight and obese women only. The researchers feel that this is justifiable, given the fact that these women are more prone to the development of GDM than are women of normal weight, and that levels of obesity are increasing globally.

Overall, the findings suggest that pregnant women who are overweight or obese can lower their risk of developing gestational diabetes by consuming a diet with a low inflammatory index and more healthy foods, particularly foods that do not contain a lot of saturated fats.

“Eating vegetables, fruit, berries, and wholegrain products as well as unsaturated fats is particularly important. These nutrients and foods reduce inflammation in the body and therefore also the risk of gestational diabetes. Mothers who are overweight or obese already before the pregnancy would most likely benefit from dietary guidance in early pregnancy,” said Professor Kirsi Laitinen.

The study is published in the European Journal of Nutrition.