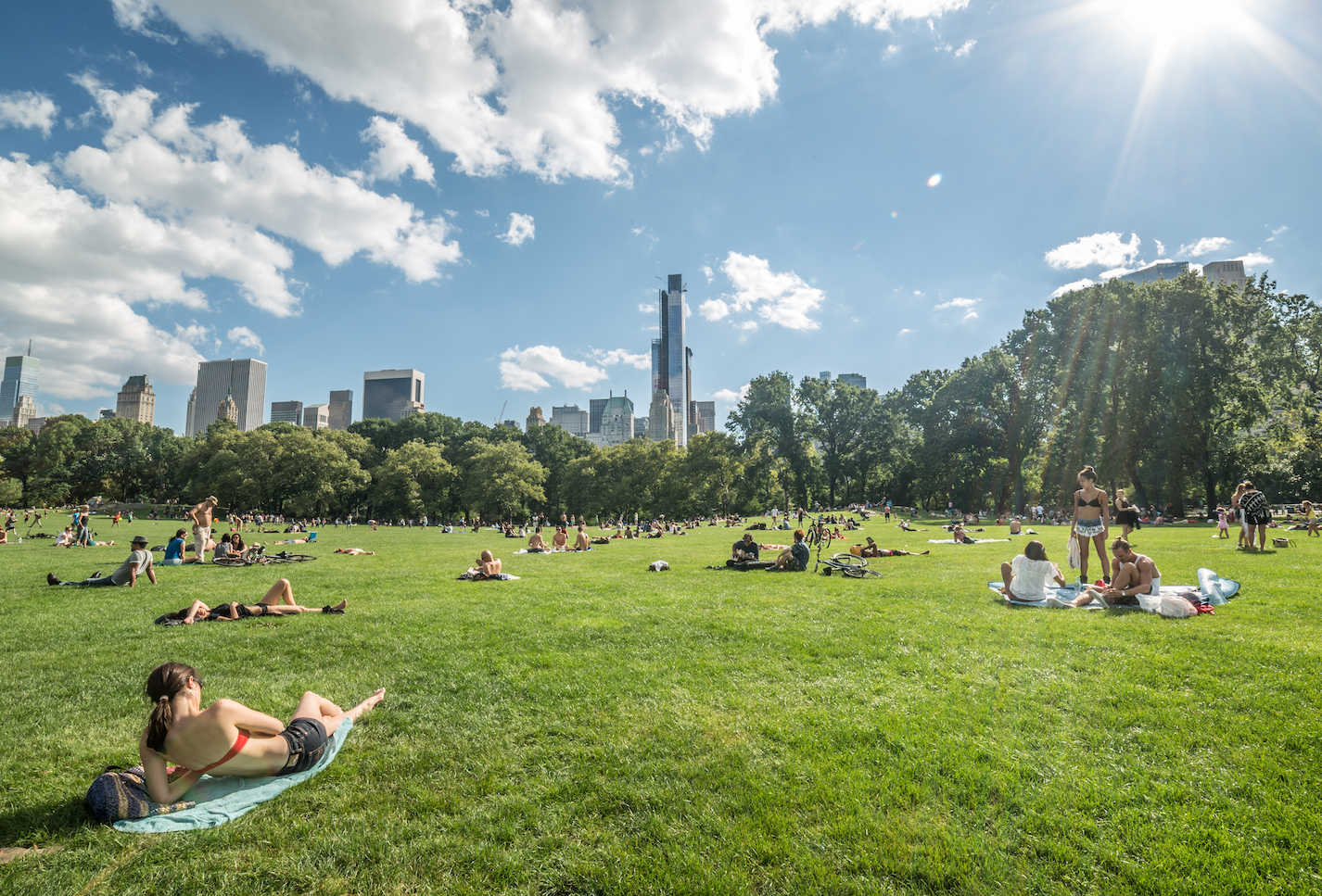 If you’ve been living in the United States for the last couple of months, you might have noticed that it’s been a tad warmer than usual. A heat wave has hit the nation, stretching from coast to coast and resulting in 80 million Americans experiencing heat warnings in recent weeks.

Cities such as Denver, Colorado and Cheyenne, Wyoming have both seen record temperatures, and Chino, California – a city near Los Angeles – experienced a record temperature of a balmy 120°F. Canada is even feeling the heat, with a heat wave around Montreal that is believed to be responsible for roughly 70 deaths. Other deaths in New York and Pennsylvania have been blamed on high temperatures as well. With all that said, could there be a silver lining to this catastrophe?

The University of Michigan and Muhlenberg College have been running a twice-yearly survey since 2008, polling American attitudes about climate change. This past May – which was hotter than any May recorded in the contiguous US in 124 years of record keeping, according to the NOAA – they ironically also recorded a record high, but this time of Americans who believe there is solid evidence to global warming.

Their survey found that 73 percent of people now think there is evidence for global warming, and 60 percent believe that the warming is due in some part to human activities. Both of these findings are record highs for this survey.

“There’s lots of evidence that contemporary weather is a contributing factor to belief in climate change,” Chris Borick, director of the Muhlenberg College Institute of Public Opinion, told The Guardian. “But there are other factors. People are telling us they are experiencing a climate that isn’t what they remember in the past and the evidence itself, such as declining polar ice, is having an effect. Americans are moving to a lot more confident space on this.”

Whether or not the hot weather has played a hand in this ideological shift, it’s inspiring to see that Americans are now taking climate change more seriously. Still, there remains a massive divide between political parties when it comes to climate change acceptance.

About 90% of Democrats who took this survey believe there is solid evidence of climate change, while only 50% of Republicans agree. But Borick points out that the discussion around climate change denial has shifted as well.

“The talking points have turned more to the cost to mitigate climate change rather than deny its existence,” Borick told told The Guardian. “That said, if you want one factor that influences your view on climate change, it’s party affiliation. Age, race and gender don’t even come close.”

While some people may disagree with the scientific evidence behind climate change, most people in America can agree that the last few months have been much hotter than usual. It can become a public health concern – particularly in cities, where hot weather can trigger smog-like conditions and raise ozone concentration. So if you are living in a city during this heat wave, do your best to stay indoors or get out of the city during the hottest parts of the day. And if you can, let everyone know that climate change is real.