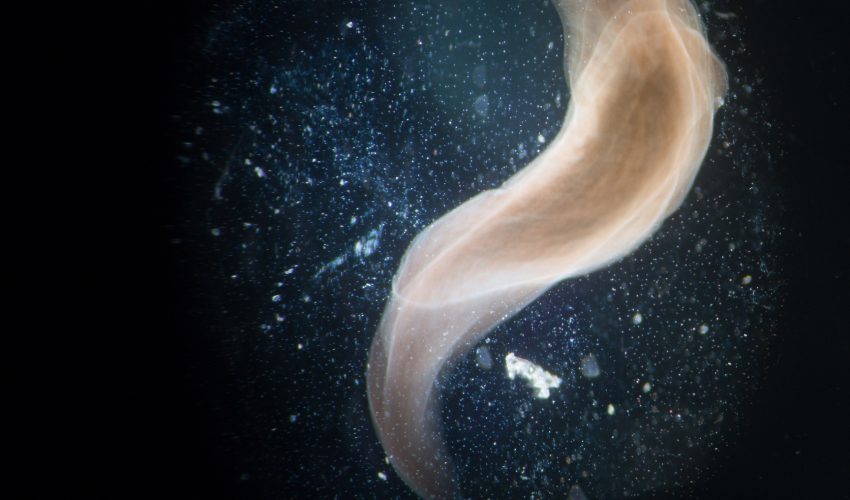 Tufts University researchers have tapped into a “hidden code” that allowed them to alter the way worms regenerate after an injury.

The team was able to cause flatworms to regenerate with two heads instead of one by overriding the default body shape called for by a genome.

Flatworms that are known for their regenerative capacity. When cut into pieces, each fragment of flatworm regenerates what it is missing to complete its anatomy. Normally, regeneration produces an exact copy of the original worm.

But the Tufts researchers altered the bioelectric circuits of the worms by using octanol to temporarily interrupt electrical synapses that enable cells to communicate with each other.

When the flatworms with normal body shape were amputated repeatedly over several months in normal spring water, they produced the same ratio of two-headed worms to one-headed worms.

The pattern memory of the flatworms had been altered, although this only became apparent when the worms regenerated. The research illustrated that the shape to which the worms regenerate is encoded in a bioelectric pattern that instructs one of two possible outcomes after damage.

“With this work, we now know that bioelectric properties can permanently override the default body shape called for by a genome, that regenerative target morphology can be edited to diverge from the current anatomy, and that bioelectric networks can be a control point for investigating cryptic, previously-unobservable phenotypes,” said the paper’s corresponding author, Dr. Michael Levin, a Tufts biology professor.

The research is significant because advances in regenerative medicine require an understanding of the mechanisms by which some organisms repair damage to their bodies, said Levin.

“Bioelectricity has a powerful instructive role as a mediator in the reprogramming of anatomical structure, with many implications for understanding the evolution of form and the path to regenerative therapies,” Levin added.