Higher rate of school bullying found in areas that voted for Trump • Earth.com 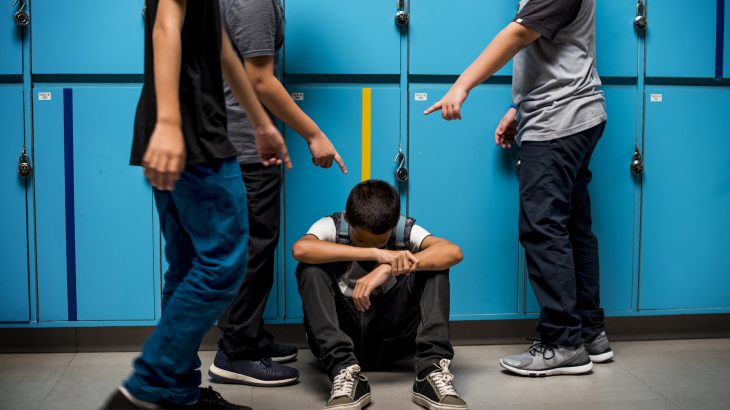 A new study from the American Educational Research Association has revealed that, in the spring of 2017, bullying rates among junior high school students were significantly higher in locations where voters favored Donald Trump over Hillary Clinton. In addition, more students reported their peers being teased or put down over their race or ethnicity in predominantly Republican regions.

The investigation was focused on 155,000 seventh- and eighth-grade students across 132 school districts in Virginia.

The researchers used school climate survey data collected in 2013, 2015, and 2017. Students were asked if they had personally been bullied at school, and were also asked more general questions about bullying and teasing that they had observed at school.

Survey results were then mapped onto presidential election results for the location of each school district.

The study revealed that a 10 percent point increase in Republican voters was associated with a five percent jump in teasing over race or ethnicity and an eight percent increase in middle school bullying.

Study co-author Francis Huang is an associate professor of Statistics, Measurement, and Evaluation in Education at the University of Missouri.

“We found consistent differences in teasing and bullying rates that were linked to voting preferences,” said Professor Huang. “While our findings do not indicate that support for Trump caused bullying to increase in Republican districts, they do provide some credence to the widespread perception that some types of teasing and bullying have increased, at least in some localities.”

The researchers pointed out that the findings are consistent with concerns voiced by teachers about bullying following the presidential election.

“While the ways in which the presidential election could have affected students is likely complex, educators and parents should be aware of the potential impact of public events on student behavior,” said study co-author Dewey Cornell.

The study is published in the journal Educational Researcher.