Highly toxic pesticide was approved by EPA for use in 18 states • Earth.com 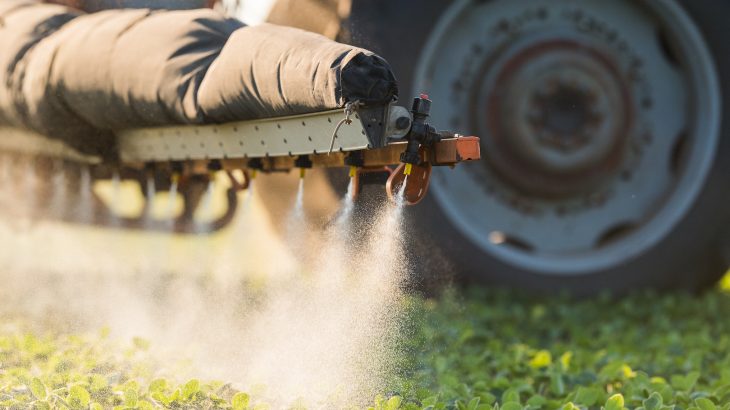 A pesticide that is too toxic to be authorized for regular use was approved for “emergency” use last year by the Environmental Protection Agency (EPA).

Last week, the agency reported that it had authorized the distribution of sulfoxaflor across more than 16 million acres of crops where bees are prevalent, despite the fact that the EPA considers the insecticide to be “very highly toxic” to them.

Sulfoxaflor was approved for use on sorghum and cotton crops in 18 states. In 12 of these states, 2018 was the fourth year in a row that the EPA signed off on the same “emergency.”

Last year, an independent office within the EPA – the Office of the Inspector General – found that the emergency grants for the toxic insecticide does not account for threats to human health or the environment.

Nathan Donley is a senior scientist with the Center for Biological Diversity.

“Spraying 16 million acres of bee-attractive crops with a bee-killing pesticide in a time of global insect decline is beyond the pale, even for the Trump administration,” said Donley. “The EPA is routinely misusing the ’emergency’ process to get sulfoxaflor approved because it’s too toxic to make it through normal pesticide reviews.”

In the event that insects are causing widespread damage to crops, there is a loophole under the Federal Insecticide, Fungicide, and Rodenticide Act that allows the EPA to authorize the temporary use of pesticides, even if they have not been approved for safety. Critics of this rule, including experts at the Center for Biological Diversity, argue that the EPA is abusing the privilege to continue the use of unapproved pesticides.

“The EPA is far too eager to find loopholes to approve harmful pesticides when it should be focusing on keeping people and wildlife safe from those pesticides,” said Donley. “The routine abuse of emergency exemptions has to stop.”

Earlier this month, researchers at the University of Sydney and the University of Queensland warned that nearly half of all insect species worldwide are in a state of rapid decline. The experts found that a major reduction in pesticide usage will be critical for preventing a catastrophic collapse.

The Center for Biological Diversity has detailed how the EPA routinely takes advantage of its power in the report: Poisonous Process: How the EPA’s Chronic Misuse of ‘Emergency’ Pesticide Exemptions Increases Risks to Wildlife.