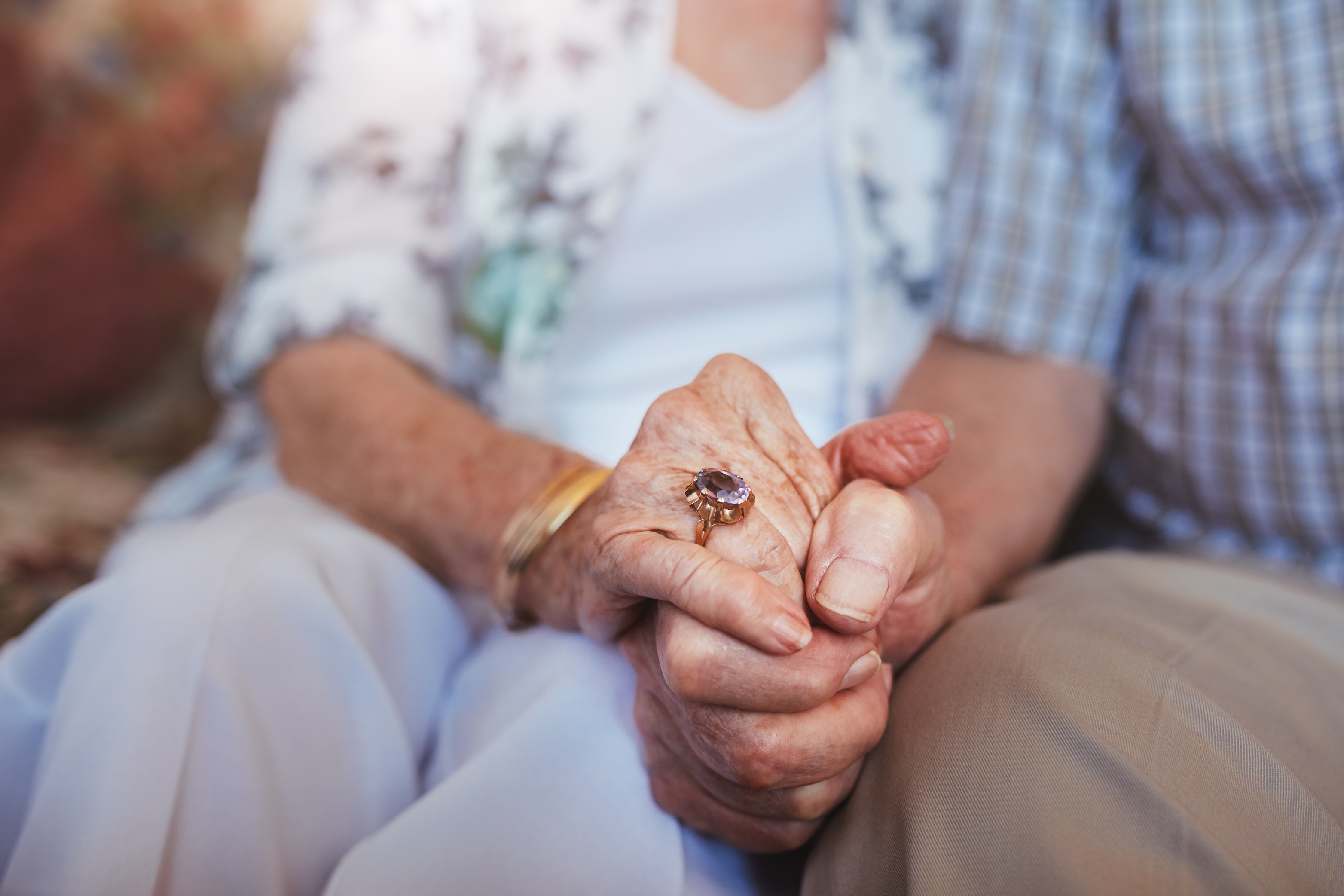 When an empathetic partner holds the hand of a partner in pain, their heart and respiratory rates sync and her pain dissipates, according to a new study.

“The more empathetic the partner and the stronger the analgesic effect, the higher the synchronization between the two when they are touching,” said lead author Pavel Goldstein, a postdoctoral pain researcher at the University of Colorado Boulder.

The study of 22 couples, published in the journal Scientific Reports, is the latest in a growing body of research on “interpersonal synchronization,” the phenomenon in which individuals begin to physiologically mirror the people they’re with.

Scientists have long known that people subconsciously sync their footsteps with the person they’re walking with or adjust their posture to mirror a friend’s during conversation. Recent studies also show that when people watch an emotional movie or sing together, their heart rates and respiratory rhythms synchronize.

The new study is the first to explore interpersonal synchronization in the context of pain and touch. The authors hope it can inform the discussion as health care providers seek opioid-free pain relief options.

Goldstein came up with the idea after witnessing the birth of his daughter, now 4.

“My wife was in pain, and all I could think was, ‘What can I do to help her?’ I reached for her hand and it seemed to help,” he said. “I wanted to test it out in the lab: Can one really decrease pain with touch, and if so, how?”

Goldstein recruited 22 long-term heterosexual couples, age 23 to 32, and put them through a series of tests aimed at mimicking that delivery-room scenario.

Men were assigned the role of observer; women the pain target. As instruments measured their heart and breathing rates, they sat together, not touching; sat together holding hands; or sat in separate rooms. Then they repeated all three scenarios as the woman was subjected to a mild heat pain on her forearm for two minutes.

The couples synced physiologically to some degree just sitting together, the study found. But when the women were subjected to pain and the man couldn’t touch her, that synchronization was severed. When he was allowed to hold her hand, their rates fell into sync again and her pain decreased.

“It appears that pain totally interrupts this interpersonal synchronization between couples,” Goldstein said. “Touch brings it back.”

It’s not clear yet whether decreased pain is causing increased synchronicity, or vice versa.

“It could be that touch is a tool for communicating empathy, resulting in an analgesic, or pain-killing, effect,” said Goldstein.

Further research is necessary to figure out precisely how a partner’s touch eases pain, he said.