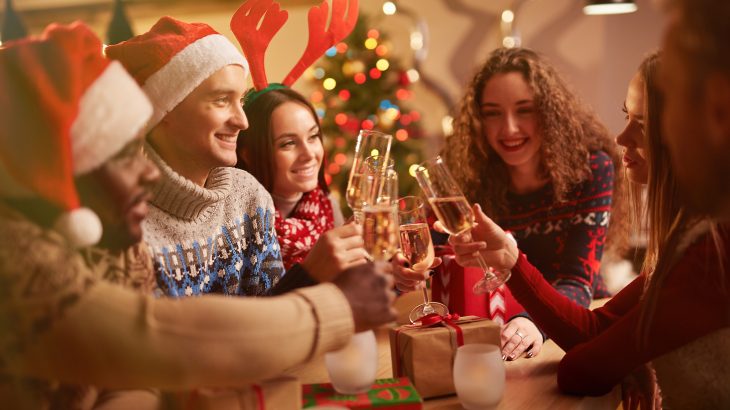 A new study from the University of Michigan has found that while parents plan childcare for special celebrations, they often do not plan in advance for the next day when they may be tired and hungover. The researchers discovered that around 25 percent of parents with young children did not limit their drinking on the night of an event in anticipation of taking care of their child the following day.

The report from the C.S. Mott Children’s Hospital National Poll on Children’s Health is based on responses from 1,170 parents with at least one child under the age of nine. Overall, 29 percent of the parents said they know of an adult who caused an unsafe situation for their child due to drinking alcohol at a celebration.

These parents were thought to be either too impaired or hungover to supervise their child or to handle a possible emergency. Some reported that they observed an adult driving with a child while they were impaired or getting violent in front of a child, while a few respondents witnessed a child actually being injured.

“Most parents planning to drink alcoholic beverages on a night out arrange for a designated driver and childcare for the event itself,” said poll co-director Sarah Clark. “Fewer parents may consider how their alcohol consumption could impact parenting responsibilities to their young children the next day.”

Most parents reported drinking alcoholic beverages during special events, whether it was a rare or frequent behavior. Among those who indulged, 73 percent said they were very likely to make plans in advance for someone to watch their child during the event, and 68 percent were very likely to plan for safe transportation.

However, just 47 percent were very likely to anticipate how much they would drink, and only 64 percent made plans for someone to take care of their child the day after the event.

“The amount of alcohol consumed can affect parenting the next day,” said Clark. “A parent passed out on the couch will not be effective in recognizing and reacting to the everyday safety risks that occur with children.”

The researchers noted that parents of small children who reported drinking rarely at events were the least likely to plan ahead for transportation or childcare after a celebration. Clark explained that even rare instances of celebrating with alcohol can have serious consequences for children.

“Parents who plan to drink alcoholic beverages during an outing should plan ahead for transportation to ensure they arrive home safely,” said Clark.

“If alcohol use may potentially impact their ability to take care of their children the following day, parents may also consider childcare arrangements. Having children stay the night at a relative’s home or asking a grandparent to stay overnight are options to ensure young children are in a safe and supervised environment.”