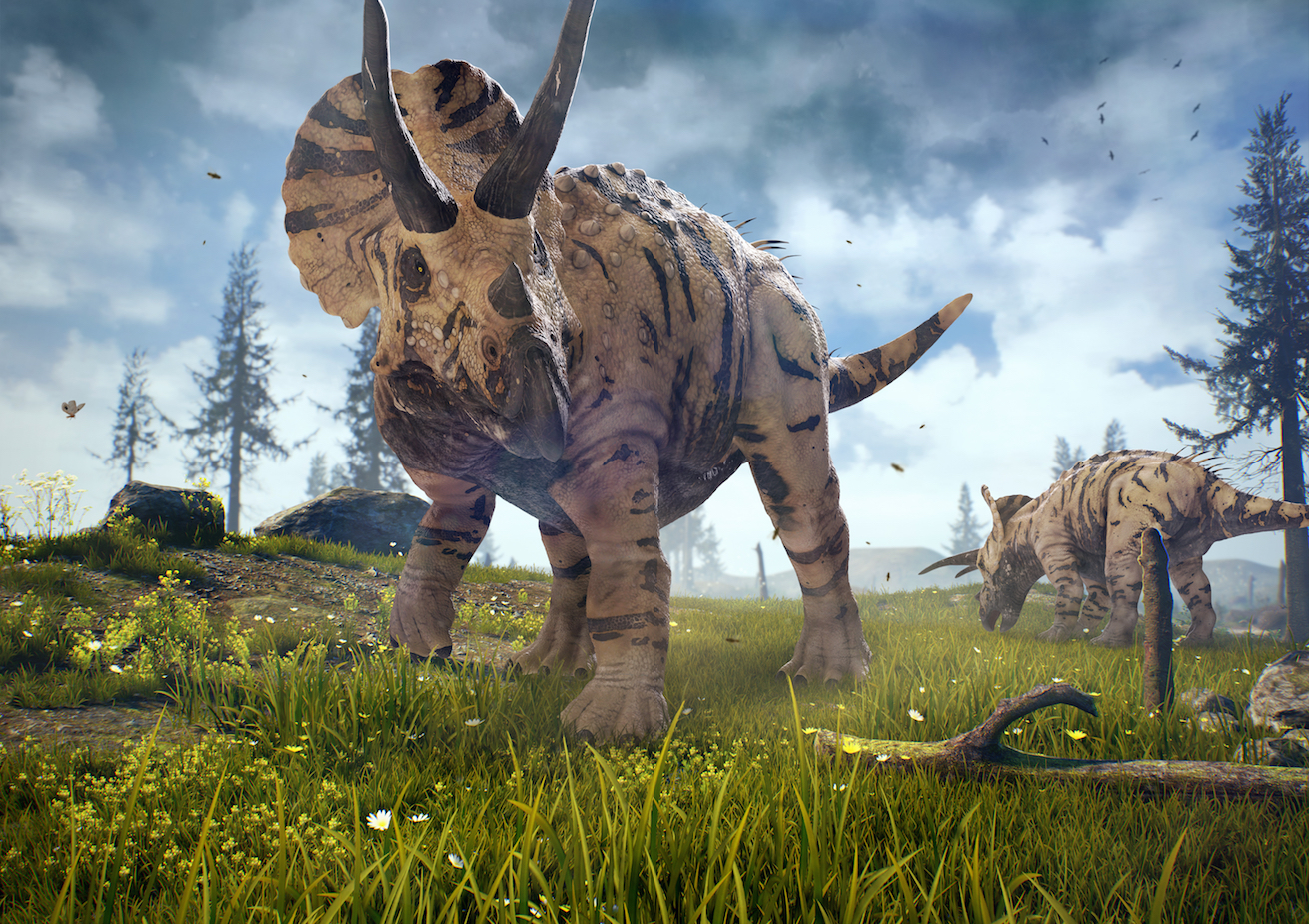 A tooth fossil discovered in Mississippi has provided the first evidence that horned dinosaurs lived in eastern North America.

The tooth belonged to a relative of the Triceratops and was found in rocks that are between 66 and 68 million years old.

Evidence of horned dinosaurs, also known as ceratopsids, had previously only been found in western North America and Asia. During the Cretaceous Period, 95 to 66 million years ago, a body of water divided eastern and western North America that stretched from the Arctic to the Gulf of Mexico. As a result, animals that evolved on one side of the split were prevented from crossing to the other.

But the tooth fossil find shows that the body of water that split North America in half must have disappeared by the end of the Age of Dinosaurs.

“The fossil is small, only the size of a quarter, but it packs a ton of information,” said Andrew Farke, paleontologist at the Raymond M. Alf Museum of Paleontology at The Webb Schools. “The shape of this tooth, with its distinctive split root, is absolutely unique among dinosaurs,” Farke continued. “We only have the one fossil, but it’s more than enough to show that an animal very similar to Triceratops-perhaps even Triceratops itself-made it into eastern North America.”

The discovery was made by George Phillips, paleontology curator at the Mississippi Department of Wildlife, Fisheries, and Parks’ Museum of Natural Science, in the Owl Creek Formation in northern Mississippi. It was announced in the journal PeerJ.

“I was excited because I knew it was a dinosaur tooth, and dinosaur fossils are rare discoveries east of the Mississippi River,” said Phillips. “I called my volunteer, Michael Estes, over to share in the discovery, and he was beside me in seconds. I knew it wasn’t a duck-billed dinosaur, and within 30 minutes of having found it, I posted on Facebook that I’d collected some rare plant-eating dinosaur tooth. It was none other than my colleague Lynn Harrell who made the suggestion, within minutes of my post, that it looked like a ceratopsian tooth.”

“The discovery is shocking because fossils of ceratopsid horned dinosaurs had never been discovered previously from eastern North America. It’s certainly the most unique and important vertebrate fossil discovery I’ve ever made,” Phillips added. 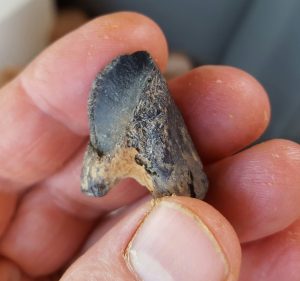