Horses can read the posture of humans • Earth.com 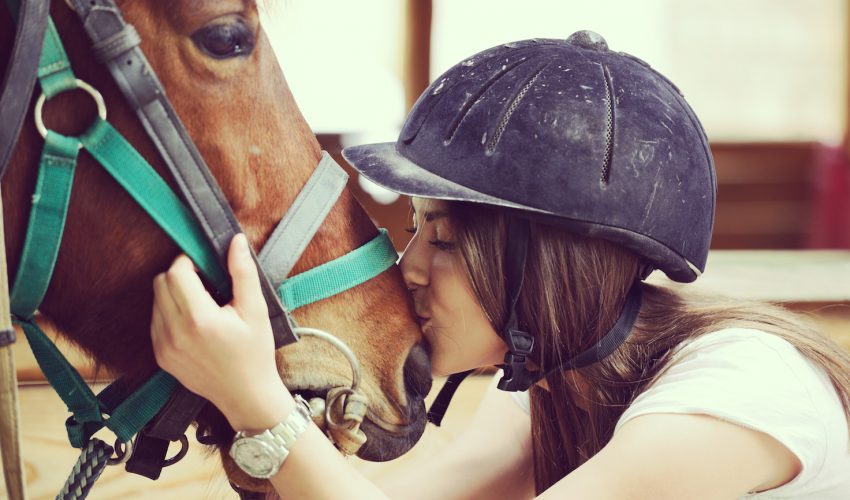 Horses can read the posture of humans

Whether through the adorable head tilt of a puppy, or a cat winding itself around the legs of its owner, we like to think our pets can sense how we’re feeling.

Previous studies have shown that even though animals like dogs can’t speak, they can sense our emotions and body language.

Now, a new study has found the same is true with horses, who were far more likely to approach someone displaying submissive posture rather than dominant posture.

The results are useful in showing how animals take communication cues from body language, and can help trainers and handlers forge better relationships with those animals in their care.

For the study, the researchers performed different trials with 30 domestic horses. The horses came from three different equestrian centers in East Essex and Suffolk in England.

During the trials, the horses had a choice to approach two similarly dressed humans who wore dark neck cover over most of their face to mask facial expressions.

The two people would then take different stances. The first was submissive, with legs together and arms together, curled in and looking small. The second dominant, with chest out and legs apart.

Even though the horses had been given a reward by both humans before the testing began, the horses approached the person with submissive posture.

The researchers conducted four different trials and every time, the horses showed a preference for the person displaying submissive posture.

Posture is often a part of training for horses, but this study effectively proves that horses are predisposed to certain cues and posture even before any training.

“Results like these encourage us to be more conscious of the signals we exhibit when interacting with horses and other animals to facilitate a smooth animal-human relationship,” said Clara Wilson, the co-author of the study.