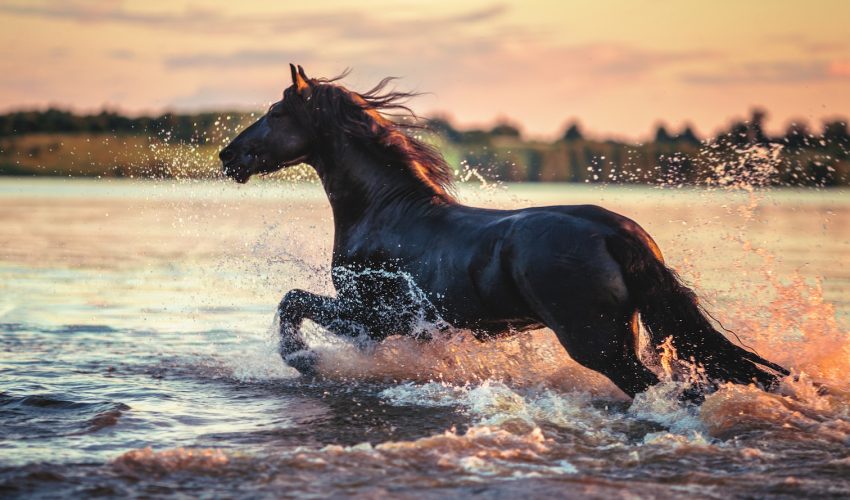 Under President Trump’s newly proposed budget, wild horses captured throughout the U.S. West would be sold without guarantee that the animals won’t be resold for slaughter.

The proposal, designed to save $10 million, would gut nearly a half-century of protection for an icon of the American West and could send thousands of free-roaming mustangs to foreign slaughterhouses for processing as food.

“This is simply a way to placate a very well-funded and vocal livestock lobby,” Laura Leigh, president of the nonprofit protection group Wild Horse Education, said about the plan.

Livestock interests don’t want the region’s estimated 59,000 mustangs competing for precious forage across more than 40,000 square miles of rangeland in 10 states managed by the U.S. Bureau of Land Management (BLM), according to critics of the proposal.

For years, the National Cattlemen’s Beef Association and other interests have been urging the BLM to allow sales of wild horses for slaughter to free up room in overcrowded government corrals for the capture of more animals.

Doug Busselman, executive vice president of the Nevada Farm Bureau, blamed the stalemate on the “emotional and anti-management interests who have built their business models on preventing rational and responsible actions while enhancing their fundraising through misinformation.”

Presidents George W. Bush, Bill Clinton, and Barack Obama also grappled with the spiraling costs of managing the nearly 60,000 horses on the range and 45,000 others in U.S. holding pens and contracted private pastures.

Trump’s proposal anticipates the $10 million savings would come through reducing the cost of containing and feeding the animals. The savings also would include cutbacks involving roundups and contraception programs.

Suzanne Roy, executive director of the American Wild Horse Campaign, said the plan could put the horses on the brink of extinction.

“America can’t be great if these national symbols of freedom are destroyed,” she said.