How did bird-hipped dinosaurs evolve? • Earth.com 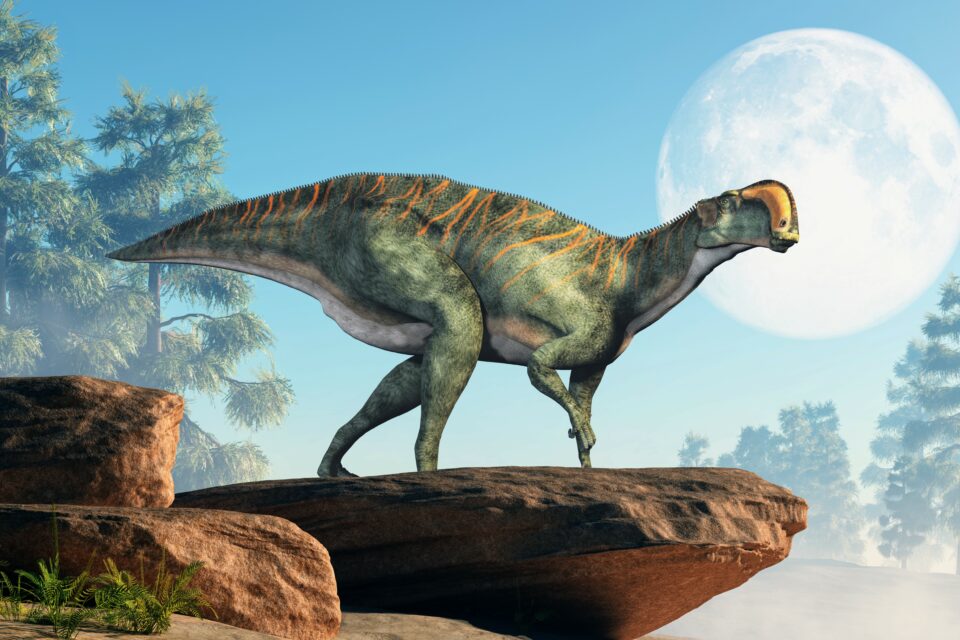 Dinosaurs originated in the late Triassic Period (approximately 225 million years ago) and dominated the Earth until their mass extinction 66 million years ago. Towards the end of the 19th century, enough dinosaur fossils have been found for scientists to develop a binary classification system based primarily upon the shape of dinosaurs’ hip bones: saurischians (lizard-hipped) versus ornithischians (bird-hipped).

Although this classification proved reliable enough for all dinosaur remains to slot neatly into one of the two groupings, more recent studies argued that bird-hipped and lizard-hipped dinosaurs most likely evolved from a common ancestor, thus questioning the utility and reliability of the previous classification. Now, a research team led by the University of Cambridge and the Federal University of Santa Maria in Brazil has conducted a new analysis of the origins of bird-hipped dinosaurs and discovered that they probably evolved from a group of animals known as silesaurians, which were first identified two decades ago, and had some of the features of saurischians.

Currently, there is a gap of over 25 million years in the fossil record, making it difficult to identify the origins of the ornithischians. “It seemed to be that they originated with all other dinosaurs in the Late Triassic but exhibited a unique set of features that could not be fitted into an evolutionary succession from their dinosaur cousins,” said study lead author David Norman, a Cambridge paleontologist. “It was as if they just suddenly appeared out of nowhere.”

However, according to Professor Norman and his colleagues, the discovery of the remains of several rather unusual Late Triassic dinosaur-like animals called silesaurians could potentially help fill this gap. While these creatures had long slender legs and hip bones similar to those of saurischians, they had a toothless, beak-like region at the front of their lower jaws not unlike the predentary structure found in ornithischians.

“Silesaurians progressively modified their anatomy during the Late Triassic, so that they come to resemble ornithischians,” said Professor Norman. “We have been able to trace this transition through the development of the toothless beak, the development of leaf-shaped coarse-edged teeth typical of those seen in the herbivorous ornithischians, modifications to the shoulder bones, changes in the proportions of the pelvic bones, and finally a restructuring of the muscle attachment areas on the hind legs.”

“So, the very earliest ornithischians were, technically, saurischian,” Professor Norman concluded. “From a taxonomic perspective, classifying silesaurs as early ornithischians seems counterintuitive. But, taking a Darwinian perspective, the unique anatomical characteristics of ornithischians had to evolve from somewhere, and where better than from their nearest relatives: their saurischian cousins!”