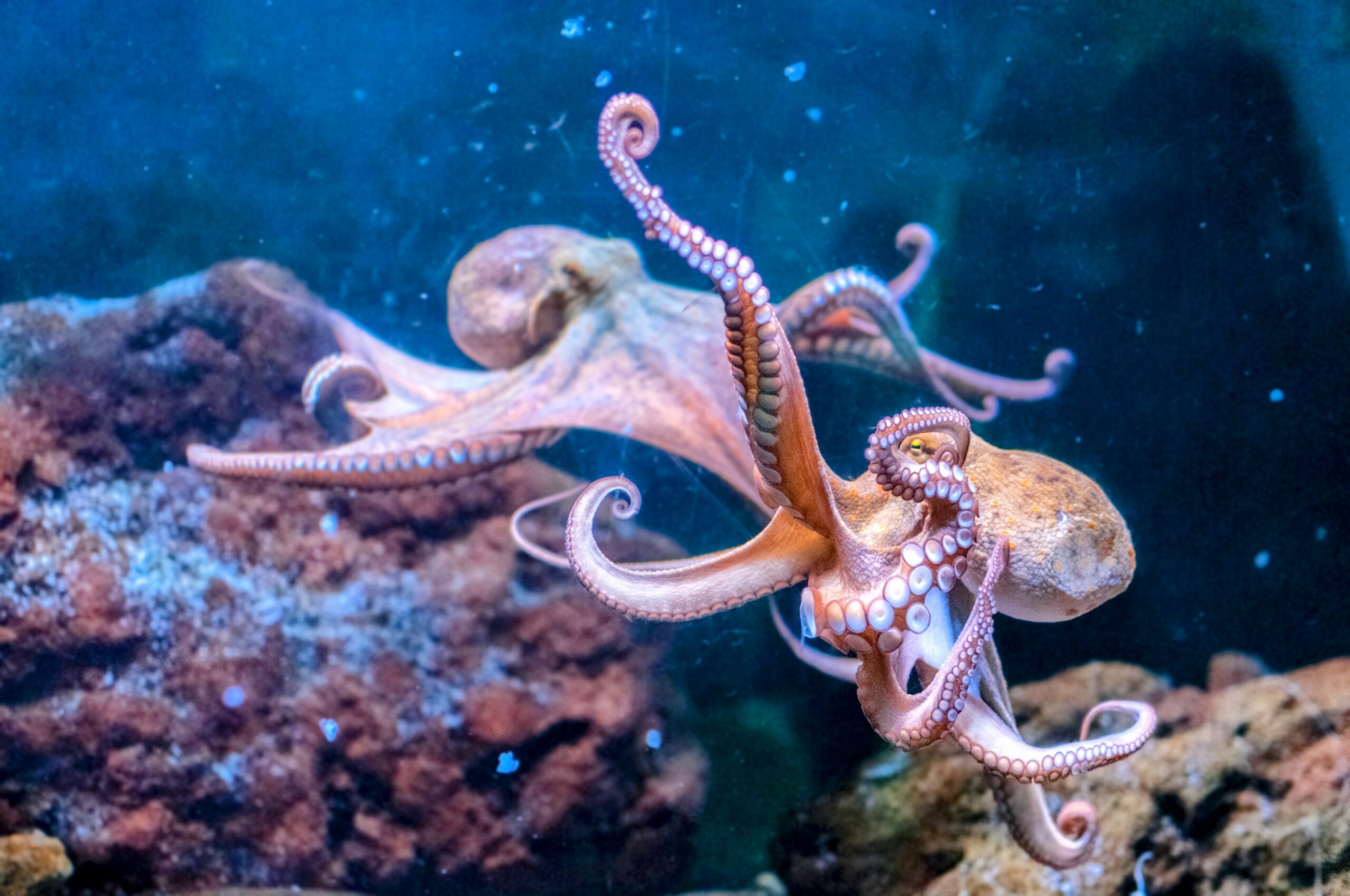 How did octopuses develop complex brains?

Cephalopods – a group of animals including squids, octopuses, and cuttlefish – are extremely intelligent creatures capable of behaviors such as processing information to change their shape, color, and even texture in order to blend with the environment, communicating with conspecifics, and using tools to solve problems – capacities that are possible due to the fact that they have the most complex brains of any invertebrates on Earth.

By studying the visual systems of these soft-bodied animals – which is where two thirds of their central processing tissue are located – a team of scientists led by Harvard University discovered that their nervous system develops in a surprisingly similar way with that of vertebrates, despite the fact that the two groups diverged from each other over 500 million years ago.

The experts used a new live-imagining technique to watch neurons being created in the embryo in almost real-time, and tracked these cells through the development of the nervous system in the retina. The neural stem cells that they tracked behaved eerily similar to the way such cells behave in vertebrates during the development of their nervous system. These findings suggest that not only are they using similar mechanisms to make their big brains, but that the way in which the cells act, divide, and are shaped may essentially layout the blueprint required to develop this type of nervous system in both vertebrates and invertebrates.

“Our conclusions were surprising because a lot of what we know about nervous system development in vertebrates has long been thought to be special to that lineage,” said study senior author Kristen Koenig, an expert in cephalopod evolution at Harvard. “By observing the fact that the process is very similar, what it suggested to us is that these two independently evolved very large nervous systems are using the same mechanisms to build them. What that suggests is that those mechanisms — those tools — the animals use during development may be important for building big nervous systems.”

An innovative live-imaging technique allowed the researchers to observe how stem cells called “neural progenitor cells” are organized. These cells form a special kind of structure – known as a pseudostratified epithelium – which consists of elongated and densely packed cells. Moreover, the investigations revealed that the nucleus of these structures moves up and down before and after dividing – a movement through which the tissues are kept organized and growth is promoted.

Such a structure is used by vertebrates to develop their brains and eyes and was traditionally considered as one of the reasons the vertebrate nervous system could grow so large and complex. Surprisingly, this type of neural epitheliums appears widespread among invertebrates too. “One of the big takeaways from this type of work is just how valuable it is to study the diversity of life. By studying this diversity, you can actually really come back to fundamental ideas about even our own development and our own biomedically relevant questions. You can really speak to those questions,” Koenig concluded.