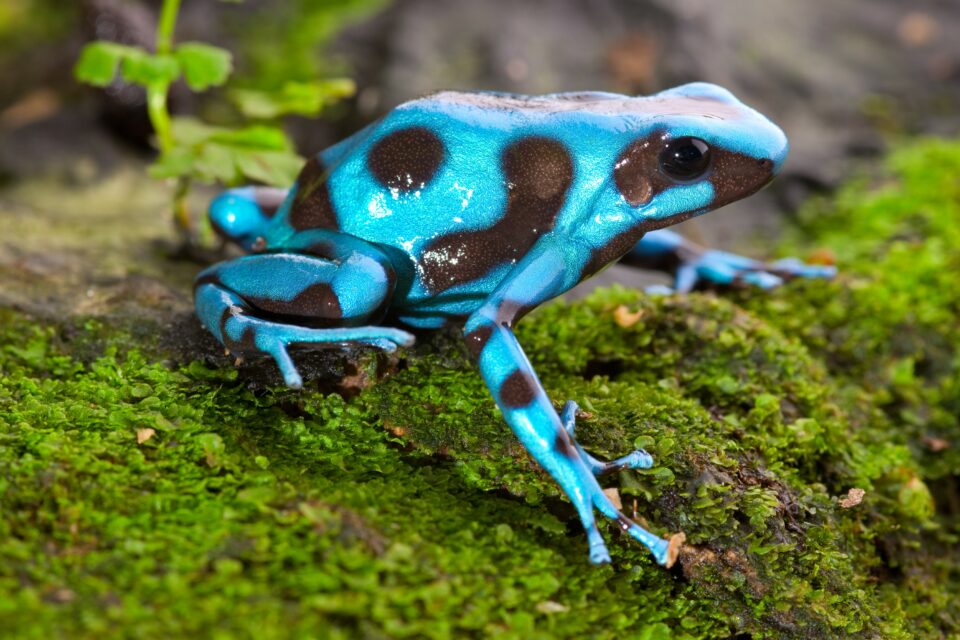 Frogs have evolved a wide variety of strategies to evade predators. Some of the defense mechanisms used by frogs are quite bizarre, such as playing dead, screaming, urinating, or puffing up their bodies.

In a new study led by evolutionary biologist Stefan Lüpold at the University of Zurich, researchers set out to investigate how frogs choose between two specific antipredator strategies: fleeing the scene versus avoiding detection through camouflage. The results suggest that frogs evolved to have either small or large brains depending on which of these defense strategies they use.

Despite their effectiveness, both fleeing and camouflaging come with potential costs. For example, it takes a lot of energy to physically escape a predator. But while camouflage may save energy, it can be detrimental to mating success and greatly limits where animals can safely live.

The study was focused on antipredator adaptations in 102 Chinese frog species. The analysis revealed that frogs with fewer predators had adapted bodies for escaping, including large brains and muscular hind legs.

On the other hand, when frogs are faced with many predators, fleeing is no longer the best option. “Under these unfavorable conditions, the cognitive costs needed for this strategy outweigh its benefits,” explained Lüpold. “Here, evolution has led to a gradual shift from cognitive predator evasion to camouflage – and thus smaller brains.”

According to the researchers, the study is the first to establish a direct link between brain evolution and different strategies for evading predators.

“Our study highlights that research on brain evolution has to consider metabolic costs as much as it focuses on cognitive benefits,” said Lüpold.

“Specifically, our phylogenetic path analysis reveals an indirect relationship between predation risk and crypsis that is mediated by brain size,” wrote the study authors. “This result suggests that at a low predation risk, frogs can afford to be conspicuous and use their large brain for cognitive predator evasion. This strategy may become less efficient or energetically costlier under higher predation pressure, favoring smaller brains and instead increasing crypsis.”