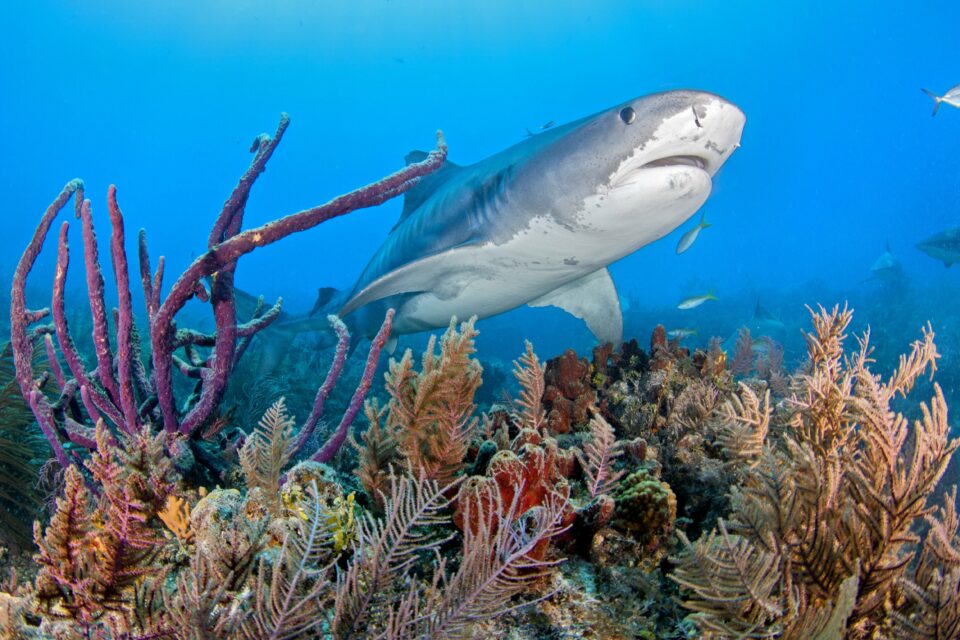 Although tiger sharks are globally threatened by a variety of factors, including overfishing, habitat loss, pollution, or climate change, scientists have long thought that they do not display local population structure, and were thus expected to have low vulnerability towards local depletion.

However, by using genomic data retrieved from historical tiger shark jaws, an international group of scientists led by the Technical University of Denmark (DTU) has found evidence of a specific, local southeastern Australian population of tiger sharks that is currently threatened by direct exploitation and shark control programs.

“Our study shows that tiger sharks can have local and genetically isolated populations at a restricted geographical scale – such as the south Eastern Australian coast – and that these local populations are vulnerable to direct exploitation and shark control programs,” said study senior author Einar Eg Nielsen, a professor of Marine Ecology at DTU.

Since sharks are top predators and control the abundance of a variety of other marine animals, they ensure species diversity and are thus highly important for maintaining ecosystem balance. Better understanding the distribution and migration of shark populations, as well as their responses to human activities, is crucial for designing proper management plans and actions at the appropriate geographical scale.

Before the present study, scientists believed that tiger sharks do not display local population structure, since genetic differences were only found at a basin-wide scale, such as between tiger sharks in the Pacific and Atlantic oceans. Thus, conservation programs have largely been focused on large geographical scales. However, the scientists’ analyses revealed genetic differences at a smaller scale, by identifying an endangered sub-species of tiger shark native to southeastern Australia.

“From our samples alone, it appears that the historical local population has been extirpated or significantly reduced. This means that management of the species also has to focus on regional processes and exploitation patterns in order to protect local populations and biodiversity of the species as a whole,” said Professor Nielsen.

These results suggest that genetic research can help localize the proper biological units (genetic populations) that should be the target for fisheries management, conservation, and biodiversity protection.